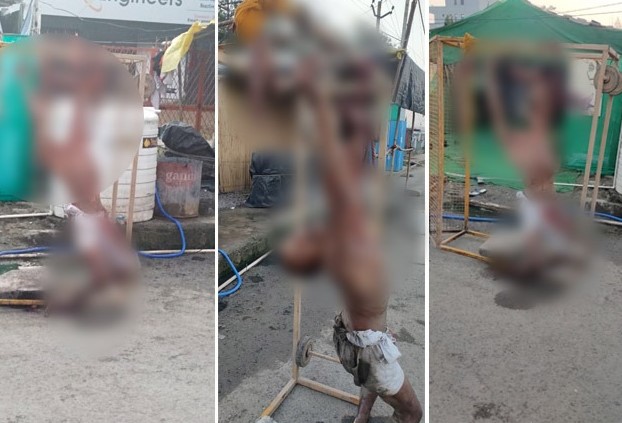 Lakhbir Singh, a 35-year-old Dalit man brutally killed at the farmer’s protest site Singhu border. The incident sent shockwaves across the country. Hours later, Nihang Sikhs claimed responsibility for the assault. He was found hanging at the police barricade, his left hand was chopped.

Who was Lakhbir Singh?

“A Nihang group at the scene has claimed responsibility, saying that the incident took place because of the victim’s attempt to commit sacrilege with regard to the Sarbaloh Granth. It is been reported that he was staying with the same group of Nihangs for some time.”

Also Read:  Who is Juhi Kore; graduated from Oxford University?

I failed Lakhbir Singh. We failed Lakhbir and his family and the families of thousands of our people. And we’ve been continuously failing them, us and ourselves.

PS: I am sorry but I can’t put a trigger warning here