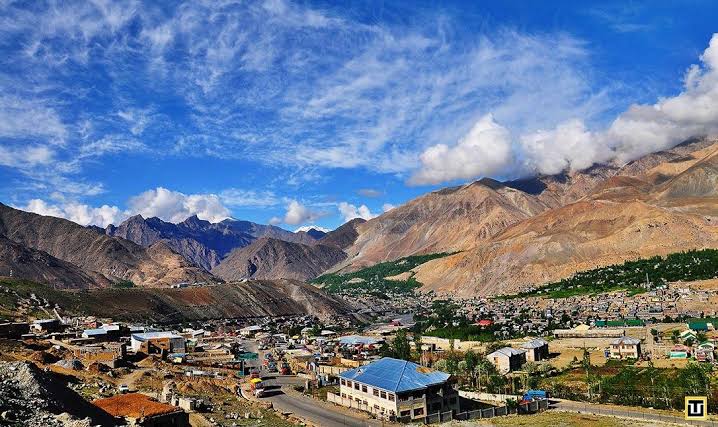 The union minister of state for home, G Kishan Reddy Saturday said National Conference and Congress have no right to seek votes in the polls for Ladakh Autonomous Hill Development Council (LAHDC) stating that both parties have step-motherly behaved with the Ladakh during their rule.

Addressing a party workers convetion during the campaigning drive for LAHDC polls in Leh, the union minister Reddy, said that after NC and Congress should not ask people to vote in favour of them as both the parties have always ignored people of Ladakh during their rule.

“People of Leh must remember about the remarks made by former chief minister of the erstwhile state of Jammu and Kashmir Dr Farooq Abdullah that China will help in restoring article 370 in J&K,” Reddy said, adding that “Does such people deserve votes?”

The union minister said that Congress party has looted Ladakh over the years and only introduced corruption and dynasty politics.

“Congress behaved like Ladakh’s stepmother. The money meant for Ladakh was looted by them”, he said.Holding Congress responsible for the mess in J&K and Ladakh over the past 70 years, the MoS home said that the party has given nothing to Ladakh in the past 70 years.

Talking to a selected group of media house, the minister replying to a question about the China’s intentions to carry-out any action in the ensuing or next month, said: “We don’t know whether they do anything or not but everyone knows that Indian government is well ready. We are not ready to bow our heads before anyone.”

The union MoS home said Indian government is not ready to give away an inch of land to anyone. “Our security forces are responsibly manning and protecting the borders of India and are working with responsibility,” he said.

He said under PM Narendra Modi along with the entire population of India is ready with security forces. “I would like to say Indian government will act responsibility if there is any misadventure,” Reddy said as per KNO.

Pertinently, since past few days, BJP leaders in Leh are using the union ministers to lure voters for the prestigious LAHDC polls in a bid to retain its grip on the council, which is the highest power set in the UT.

The Ladakh Autonomous Hill Development Council, (LAHDC) is an Autonomous District Council that administers the Leh District of Ladakh.

The council was created under the Ladakh Autonomous Hill Development Council Act 1995, following demands of Ladakhi people to make Leh District a new Indian Union Territory because of its religious and cultural differences with the rest of Jammu and Kashmir. In October 1993, the Union Government and the Jammu and Kashmir State Government agreed to grant Ladakh the status of Autonomous Hill Council.

The council came into being with the holding of elections on 28 August 1995. The inaugural meeting of the council was held at Leh on 3 September 1995. An Autonomous Hill Council has also been established in neighboring Kargil District.

The Hill Council in Kargil came in to existence in July 2003.In 2003, as part of its “healing touch policy”, the J&K government announced popular elections for the Autonomous Hill Development Council in Kargil, which was meant to strengthen participatory forms of development, governance and democratic state-building in the war-ravaged district.