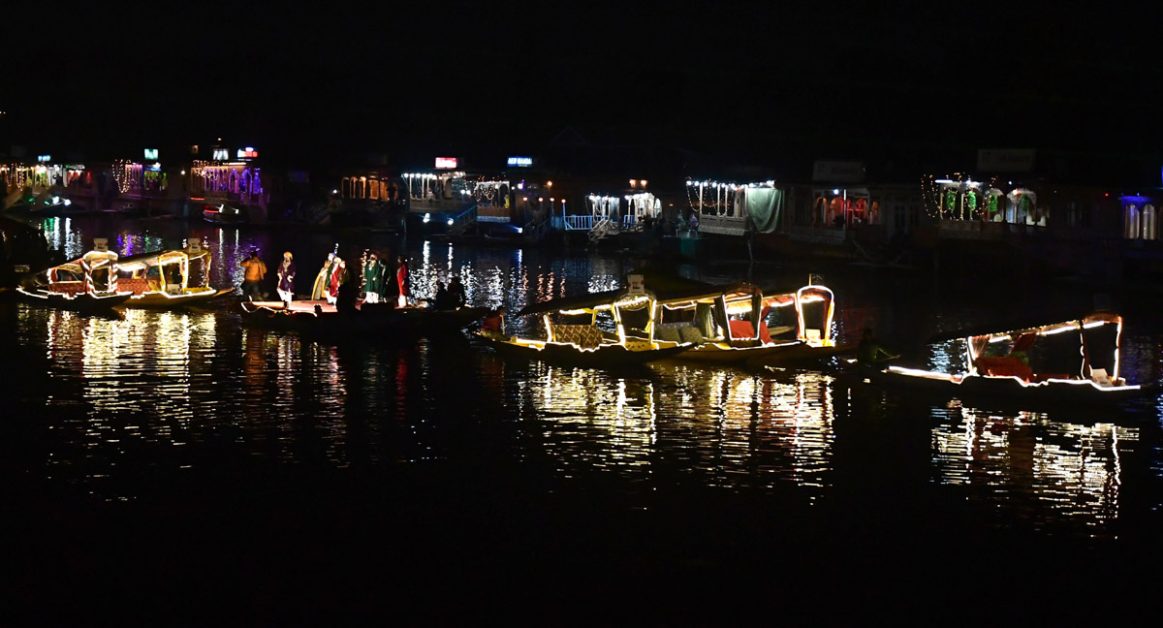 The dignitaries along with other guests watched the “Kashmir ki Kali” movie telecast on open-air theatre. The show was organised by Jammu and Kashmir Tourism department in collaboration with Smart City Srinagar and Mission Youth J&K.

Earlier, Chief Secretary inaugurated a laser show at Ghat Number- 7, where a short film on the history of houseboats in Kashmir was also telecasted on an open houseboat.

Failure to recognize Afghan govt could have global effects: Taliban

On the occasion, a shikara rally adorned and shining with lights passed through Nehru Park to Kabootar Khana with local artists singing and dancing Kashmiri songs which enthralled guests and all passersby through the Boulevard road.

A fleet of shikaras and houseboats were kept available for tourists to join the celebrations and witness laser shows and films. The tourists were upbeat who appreciated the tourism department for organizing such programmes and facilitating them to witness them.

According to ANI, as a part of the ongoing Iconic Week festival, a Shikara rally, lit up with bright lights, singing and dancing Kashmiri songs with local artists from Nehru Park to Pigeon Khana, entertained the guests. . The Bollywood film ‘Kashmir Ki Kali’ was screened at the theatre, to tourists and residents of the area.

India most likely to be affected by climate change

Sarmad Hafeez, Secretary, Tourism and Culture, J-K government said that the theater would benefit tourism in the Union Territory. He said that the concept of open-air is very unique, which is not found anywhere in this world. “This will greatly benefit tourism in Kashmir. Shikaras, houseboat owners, the hotel industry are welcoming tourists with open arms. J-K is the safest form Covid point of view as the entire tourism industry has been vaccinated,” he told ANI.