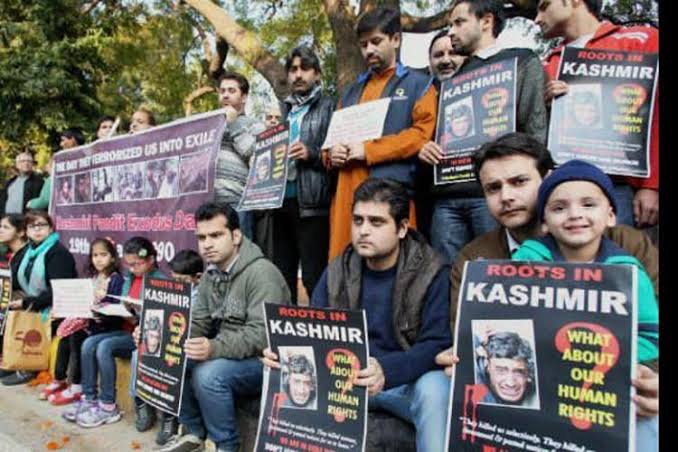 These are the words of Bhushan Lal Bhatt who has been living as a refugee in Jammu for the last 31 years after being displaced in the valley.

“The people of the valley have given up the habit of living together,” he says.

More than 100,000 Pandits in Kashmir have been living in refugee camps in Jammu, Delhi and many other cities for the past two and a half decades.

He was forced to leave Kashmir after a violent separatist movement broke out in the valley in early 90s and efforts to bring him back have not been successful.

Like Bhushan Lal, Pandit Roshan Lal lives in a colony set up for Pandits on the outskirts of Jammu city.

“We have been living in uncertainty for 30 years,” he says. We have a house but no house. The children are very disappointed. When they ask what will happen next, we answer that we do not know.

Sreeta, who lives in the camp, says: ‘The children are somehow educated but can’t find a job. There is a lot of trouble here.

Ashok Kohli is one of those people who did not leave his home in Srinagar despite all the dangers.

Ashok says the government has not been serious about bringing back the Pandits: ‘Most of the Pandits have sold their houses and lands. Wherever they go. The plan to resettle them is only on paper. Some colonies have been set up in one or two places, but how many people will come to them?

A large residential complex for Pandits has been built in Budgam district, adjacent to Srinagar, where Sanitarina has been living for four years.

She says the situation in the valley has changed a lot, but old memories are fresh in her mind: ‘There has been so much looting, so many murders, so much destruction, how can we forget it. The new generation doesn’t want to come here anymore and the old people are still scared.

Reno also lives here. She says that despite suffering so much, she has no hatred for anyone in her heart: ‘This is our motherland. Most people are straightforward. We don’t know the intricacies of politics.

Political analysts believe that the question of resettlement of Pandits has not been a priority for any party.