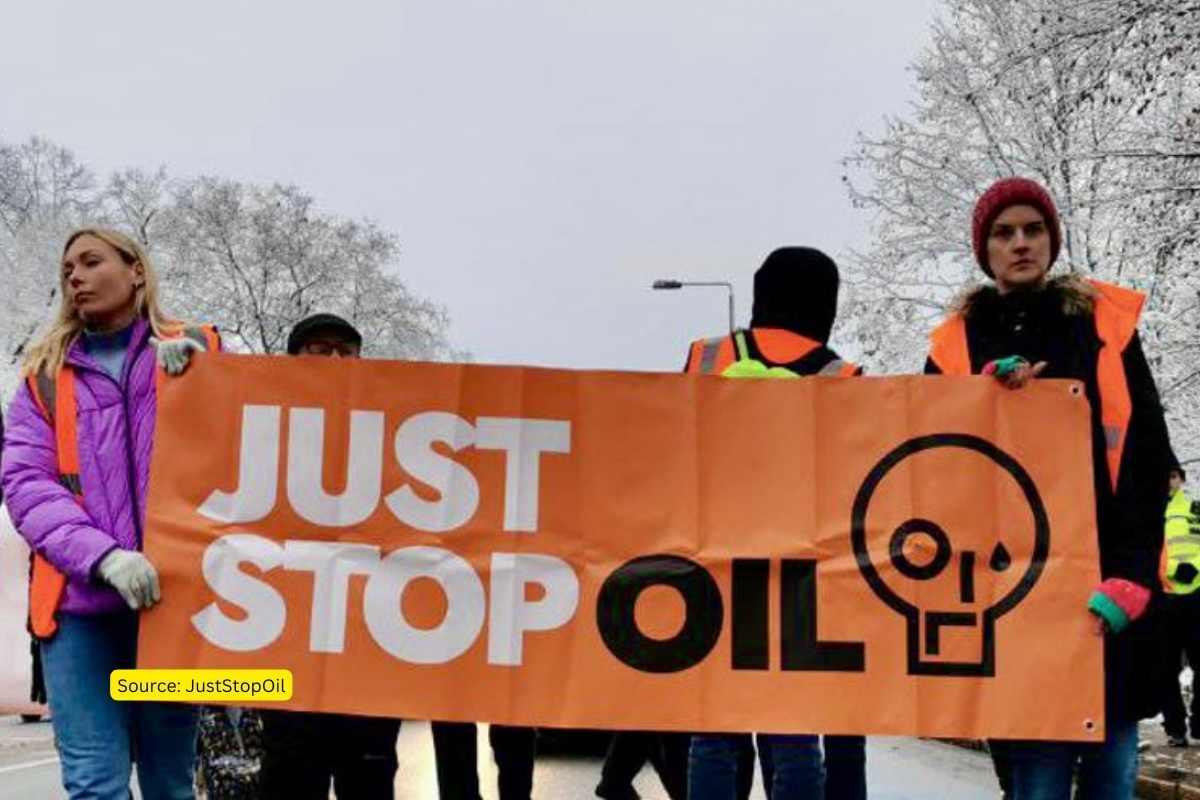 Recently videos of protestors throwing food at precious paintings in museums or sticking themselves to the paintings have been circulating on the internet. It is not a coincidence that these protests are occurring one after another rather they are intentional. Just Stop Oil is an environmental activist group based in England. The group is an offshoot of organizations like Insulate Britain. The activist group has been making international headlines recently. However, they have been protesting the UK government providing any new licenses and consent to oil and gas projects since February 2022.

Read more: Just Stop Oil: What is it and what are its goals?

Some 30 young protesters stormed into the BAFTA Ceremony Red Carpet and demanded the government to not support the oil industry and the future projects lined up. They used BAFTA as a platform because they believed that the celebrities attending have a voice that can be used to support their cause.

Many such demonstrations were also done in the much-beloved football matches in England. The activists in the matches would tie themselves to the goalpost so as to make their point. In a video filmed before the protest a 21-year-old activist talks about how the current government is increasing the risk of an environmental crisis.

In the video, he says

“But I believe as many people as possible need to know what a possible future holds. Billions of people not knowing if they should stay in their homes or if they leave where they can go as countries become too hot to live in.”

Read more: Just Stop Oil: Why protesters are tying themselves to goalposts

In April, the group took over ten critical oil facilities across the country. They planned to cut off the supply of gasoline to the southeast of England. Throughout April, the group stopped and surrounded oil tankers in and around London, causing traffic and roadblocks.

After the race was suspended due to a crash, the protestors took to another prestigious platform. Lewis Hamilton was a prominent figure who supported the cause.

Protests in and around museums were the most headlines of the group. Two protesters in July 4 glued themselves to John Constable’s painting at the National Gallery in London. Two Just Stop Oil activists splattered tomato soup on Vincent Van Gogh’s 1888 painting, The Arles Sunflowers, on display at London’s National Gallery.

They then glued their hands to the wall beneath the painting and made an loud statement.

Just stop oil protests continue to be in the headlines throughout November and December of this year. The activists of the group carry on, by using civil resistance to ensure their aim of making people aware of the UK’s government policies towards oil and to work towards their mission of ending human reliance on fuel.

Just Stop Oil, unlike other climate activists, is a very specific group with a very specific focus i.e. Oil. Oil contributes to almost one-third of the world’s total carbon emissions. Oil is an entity and fossil fuel is gold. We know about the geopolitics around Oil. Hence, countries tend to give new licenses even when we’re fighting climate change.

In addition, the critics have not fancied the organization’s way of activism. People on social media generally have polarising views on the subject. Read comments to any of these shared videos.

Focusing on climate change is the single most important thing right now. But how? When?