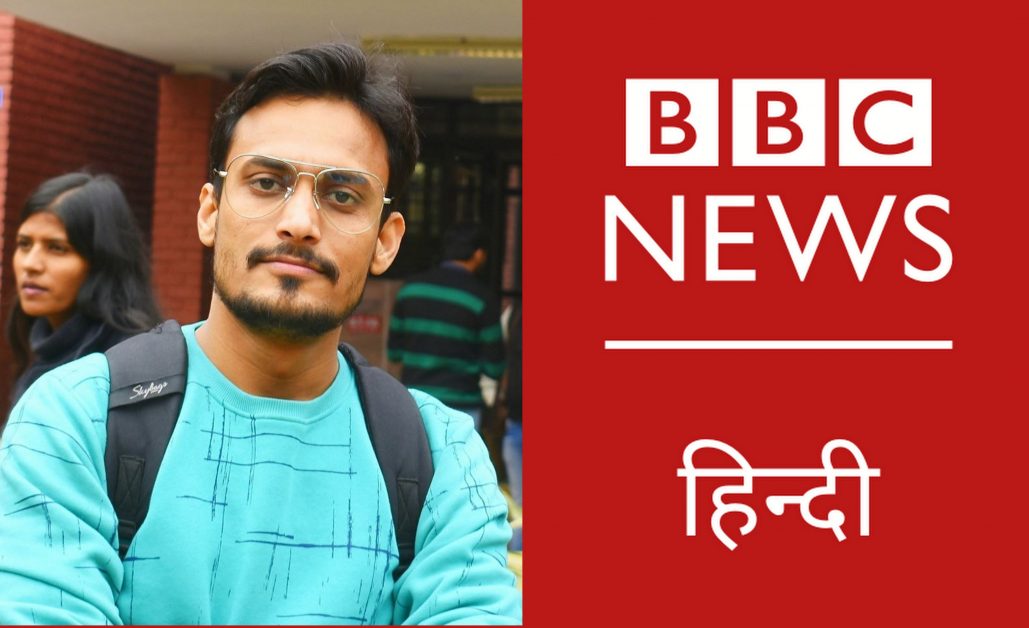 A former BBC Hindi employee took on social media to vent out his personal experience of discrimination in his office. Recent wave of posts related to depression and suicide engulfed the social media and many people came out with their issues. Abhimanyu Kumar Saha is one of them who wrote on Facebook about it and uncovered series of facts. “Sushant’s suicide shook me from inside and made my wounds alive,” he wrote in his post.

Abhimanyu Kumar worked in BBC Hindi as a broadcast journalist in Delhi. He shared ‘An Open Letter’, which he sent to the employees of BBC across the world in the month of March through a group mail. According to it he was mentally tortured for months by his managers. In the name of work and performances, they kept pressuring him and made him mentally ill.

“I went into depression and started taking treatments“

Moreover, he says that this was not it; they even challenged his mental status and provoked him to commit suicide. This statement is enough to make someone numb with the thought of the horrible environment of work. If it was not for some colleague of his, he would have given up his life. “Yesterday I celebrated my birthday; I might not have been celebrating if that ‘decent’ senior officer and friends had not stopped me,” says Abhimanyu.

He was one of the only four candidates selected for the job in BBC Hindi. He gave his best to be the best at what he does but different kinds of discrimination kept pulling him down. People who made some dissent with managers were being harassed. They have been snatched opportunities. Abhimanyu says that he is not the only one who was tortured in the name of work and performances.

He mentions many reasons and names that has caused such a ambiance in the office. He says that, Nepotism and favoritism are in its full swing in the office.

The favourite employees who butters up or flatters the bosses gets better opportunities and promotions. Revealing the bitter truth, he says, “In BBC Hindi, people are not selected for posts, but certain posts are created and reserved for some of manager’s favorite staffs. Fair competition has no meaning here.”

He brought out the dark truth of casteism done in the office. Abhimanyu Kumar Saha, who belongs to the Extremely Backward Caste category, alleged that a senior at BBC Hindi would often tell him that Bahujan Samaj Party chief Mayawati is his leader.

“Most of the employees here are upper caste”

“There are rarely those who are not upper caste,” Saha wrote in the mail that was accessed by ThePrint. The managers and seniors mocked him when he talked about depression. He was threatened that he would be given the pink slip, if he tries to argue or make any dissent. Consequently, he was sacked on 23 March, six days after he sent a mail to BBC employees across the world about the ‘torture’ he faced in the newsroom.

BBC Hindi had then denied the allegations, saying it abides by the laws of the country it works in, and that it doesn’t comment on personal issues. “Many people work for us on a fixed-term basis and the renewal depends on factors such as editorial requirements and available resources,” a BBC spokesperson had said. This is not the first time that BBC Hindi has been accused of casteism.

In August last year, Meena Kotwal, a Dalit journalist and a former employee of the organisation, had alleged that she lost out on a contract at the media house because of her caste. Certainly, the situation is grave and intolerable. Saha has now launched his own start-up.