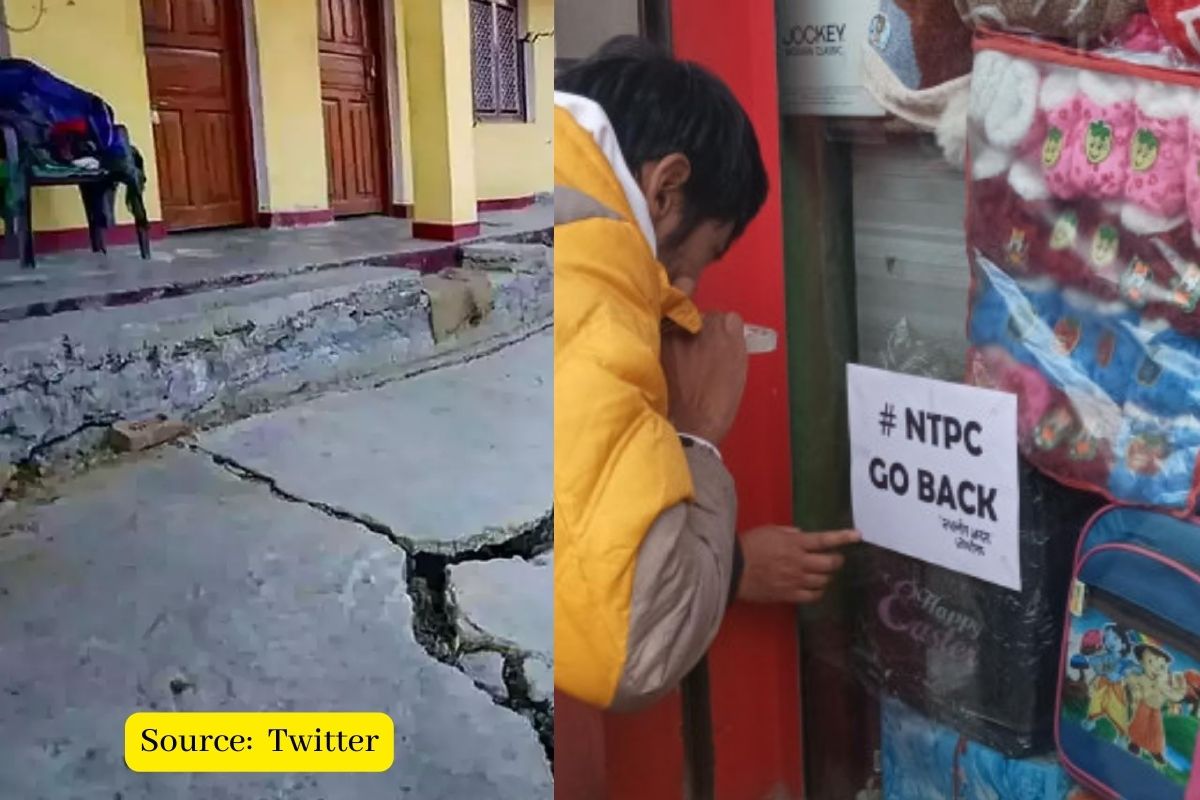 Amid evacuations and demolitions in Joshimath, the Joshimath Bachao Sangharsh Samiti (JBSS) has blamed the NTPC for the subsidence of the land here in this city of Uttarakhand.

Local residents have been pasting banners on their shops, homes and businesses reading ‘NTPC Come Back’ to express their anger at the hydroelectric project they blame for the ‘sinking’ of their town. The residents of the city want the NTPC (National Thermal Power Corporation) to close, “ban”, their Tapovan-Vishnugad project entirely and not just suspend its works.

Atul Sati, Chairman of JBSS, blamed NTPC’s Tapovan Vishnugad Hydropower Station project for the sinking. The JBSS has said that people are still in a state of panic after hundreds of houses, shops and other establishments were affected by the land subsidence.

The JBSS has said that for the past 20 years, people have opposed NTPC’s Vishnugad project because they feared it would have adverse effects on Joshimath.

“The government is hiding facts from the public. ISRO also removed the report from its official site at the request of a minister,” said one of the protesters.

Sati said that the Vishnugad project is worth Rs 10 000 crore, so by imposing a fine of Rs 20 crore on NTPC, that money should be distributed among the people of Joshimath. It is no longer in the control of the state government to deal with this disaster. They have understood from the way the government has been working in the last 14 months that the state government is not capable of dealing with such a huge disaster.

He has today sent a memorandum to this effect to the Government of India, in which he has demanded that the Prime Minister himself take responsibility for dealing with this disaster and establish a high-powered committee at the central level so that the construction of new Joshimath and displacement of people. The right decision can be taken in that direction.