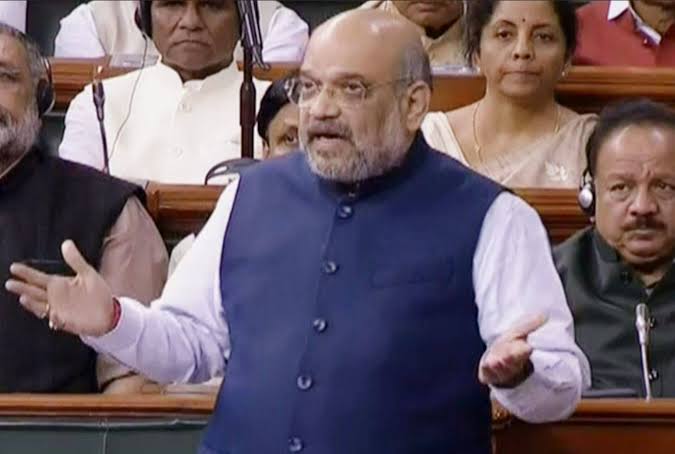 Home Minister Amit Shah said during the discussion on Jammu and Kashmir Reorganization Amendment Bill that we have to understand the situation there. He said, do not mislead the people of the country.

Adhir Ranjan Chaudhary is saying that everything is not normal in Jammu and Kashmir right now. He said that we are telling but Congress should also tell what they did in 70 years. Look into those who are attacking you.

Earlier, Lok Sabha Speaker Om Birla had informed the House that the meeting of the House would begin at 10 am on Saturday. The BJP had issued a whip to its members to be present in the House.

The first phase of the budget session is to run from 29 September to 13 February, while the second phase will run from 08 March to 08 April. In the first phase, the proceedings of Rajya Sabha have ended on Friday and hence ther

Home Minister Amit Shah said that those who were given the opportunity to govern for generations, look into their own poverty and see if we are able to ask for accounts. The bill (Jammu and Kashmir Reorganization (Amendment) Bill, 2021) has nothing to do with granting statehood to Jammu and Kashmir; Jammu and Kashmir will be given state status at the appropriate time.

Amit Shah said that Panchayat government in J&K strengthened only after the withdrawal of 370. The work that your four generations did, we did in a year and a half. Shah claimed that those who did not get electricity in 70 years, we gave it in 17 months.

Shah asked that the opposition should tell, is J&K not a part of the country? We established Panchayati Raj in J&K, Amit Shah said that the king will no longer be born from the belly of the queen, will be by vote. The king will now be born by the vote of the Dalit, the poor. All officers of Jammu and Kashmir are children of Mother India.

Amit Shah said, “Owaisi ji is making the case of Article 370 a Hindu Muslim. Will we divide the government officials of the country into a Hindu Muslim? How will this develop? Adhir Ranjan Chaudhary is talking to us about 2G and 4G. Congress kept the mobile services closed for years. We are being talked about under pressure.