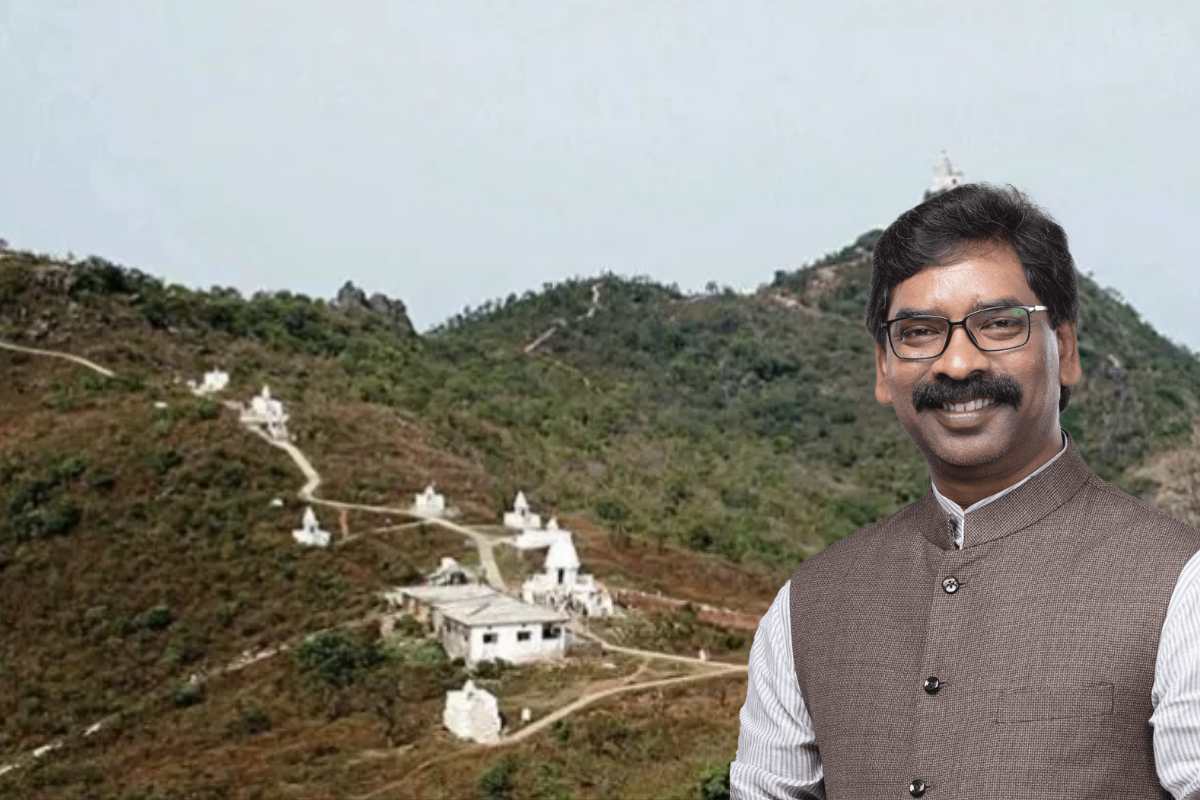 Confusion has arisen today regarding the movement against making Sammed Shikhar a tourist destination. The news was carried by IBC 24 news channel that the Jharkhand government has announced that Sammed Shikhar will be allowed to remain a tourist destination. However, the channel neither has any byte of the Jharkhand Chief Minister nor any written statement. Ground Report spoke to Sanjay Jain, president of the Vishwa Jain Sangathan, who is leading the movement in Delhi in this matter.

Vishwa Jain Sangathan started protesting against the gazette issued by the central government regarding making Sammed Shikhar an eco-sensitive zone and allowing eco-tourism there.

Sanjay Jain, president of Vishwa Jain Sangathan, told Ground Report that they do not have any written assurance yet from the central government and the state government. In such a situation, our movement will continue in the same way.

Sanjay Jain told that “our fight is with both the central and state government. The gazette issued regarding Eco-Tourism and Eco-Sensitive Zone is of the Central Government, in this case, only the Central Government can amend it. We call upon Jains across the country to continue the fight as our demands have not yet been met. Don’t believe any kind of fake news.”

What are the demands of Vishwa Jain Sangathan regarding Sammed Shikhar?

Sanjay Jain said that “until these demands of the Jain society are fulfilled and the central government does not amend the gazette, the movement will continue.”

On 23 July 2022, Jharkhand Chief Minister Hemant Soren launched the New Jharkhand Tourism Policy. Its objective was to boost the tourism industry of the state after Covid.

For this, a policy was prepared regarding cultural, religious, and mining tourism in the state.

The government wants to promote Parasnath Hills, Madhuban, and Itkhori as centers of religious tourism.

Many temples at Parasnath Hills are more than 2 thousand years old. 20 out of 24 Tirthankaras of Jainism attained salvation from here. This hill is named after the 23rd Tirthankar Parasnath.

The Parasnath Hills where the Sammed Shikhar is located is a part of the Parasnath Wildlife Sanctuary.

Following the order of the Supreme Court, eco-sensitive zones are being created within a 10 km radius of all wildlife sanctuaries.

In March 2018, the Jharkhand government prepared a draft to create an eco-sensitive zone around Parasnath and Taposanchi sanctuaries.

On August 2, 2019, the Union Environment Ministry declared Parasnath Hills as an eco-sensitive zone by issuing a gazette. Also, permission was given for eco-tourism and recreational activities here.

When the government took this step, neither opinion was sought from any Jain organization nor they were informed about it.

When this gazette came to the notice of Jain organizations through social media, In January 2022, Vishwa Jain Sangathan started opposing it.

On March 24, 2022, the National Commission for Minorities sought an answer from the Jharkhand government on this matter.

But so far no direct statement has come from the Central Government and the State Government in this matter.

Jain community is protesting in different cities regarding this matter.

Also Read: What are Eco Sensitive Zones, What activities are allowed in these areas?