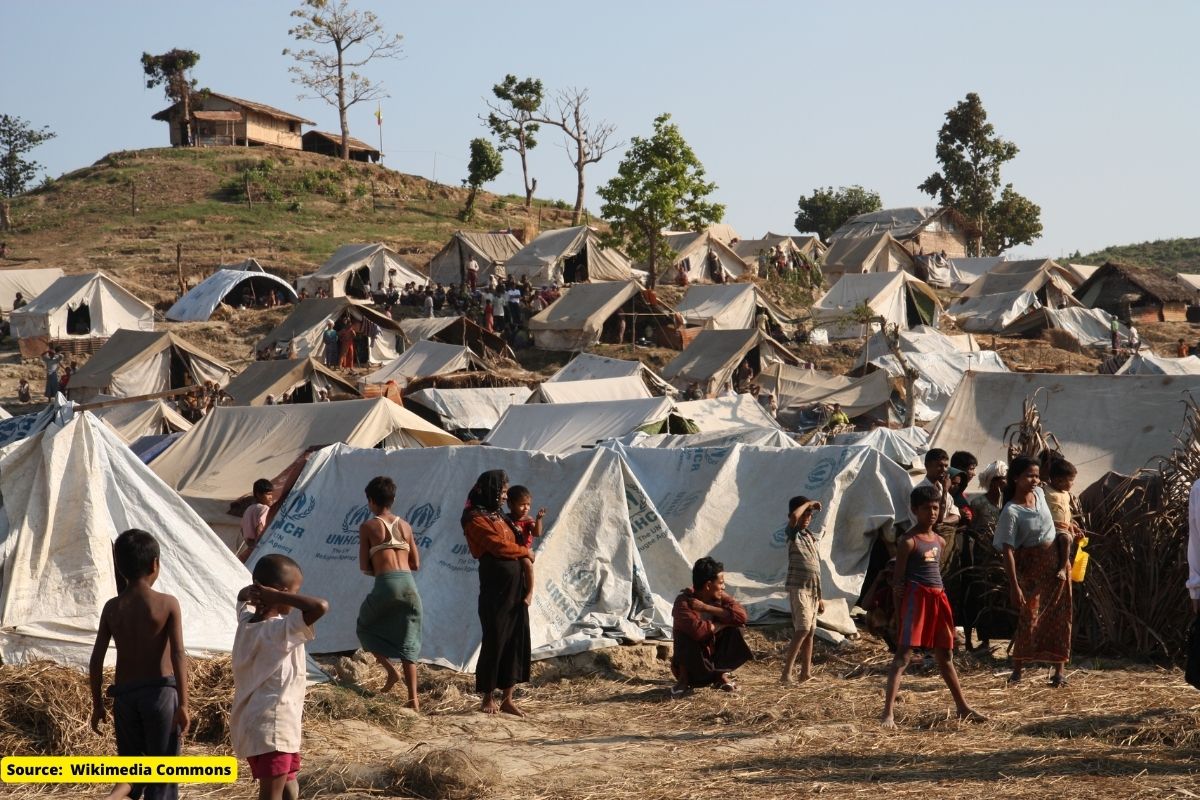 The number of internally displaced persons due to conflicts and natural disasters broke all records last year and approached 60 million, according to the latest report released on Thursday.

According to a joint report by the Internal Displacement Monitoring Center (IDMC) and the Norwegian Refugee Council, in 2021, around one million people worldwide were internally displaced. This is the highest number of internally displaced persons (IDPs) recorded in a single year in recent years.

In 2021, internally displaced persons (which does not include people who have had to leave their countries) totalled 59.1 million and almost half were under the age of 18, according to the Internal Displacement Monitoring Center (IDMC) based in Geneva, and the Norwegian Refugee Center (NRC).

The number continues to grow ( in 2020 it was 55 million ) and should record another record this year, due to the war in Ukraine, which since the Russian invasion on February 24 has already turned more than 8 million people into internally displaced persons.

The situation “was never so bad,” said the secretary-general of the NRC, Jan Egeland, for whom “the world is collapsing.”

“The situation is really a lot worse than that record number suggests. We need world leaders to bring about a giant shift in their thinking to prevent and resolve conflicts and end this escalation of human suffering,” he added.

“The situation today is phenomenally worse than even our record figure suggests, as it doesn’t include nearly eight million people forced to flee the war in Ukraine. We need a titanic shift in thinking from world leaders on how to prevent and resolve conflicts to end this soaring human suffering,” said the secretary-general of the Norwegian Refugee Council, Jan Egeland.

Last year there were 38 million internal displacements; the figure of 59.1 million is reached considering that many people had to flee their homes on several occasions.

Of the total number of displacements, 14.4 million were caused by conflict situations, 50% more than in 2020.

There was also a significant number of displaced people in the Democratic Republic of the Congo (DRC) and in Afghanistan, in this country due to the combined effect of the return of the Taliban jihadists to power and the drought.

There was also a sharp increase in the number of displacements in Burma after the February 2021 military coup.

The number of internal displacements decreased instead in the Middle East and North Africa, due to a certain de-escalation of the conflicts in Syria, Libya and Iraq; although the number of displaced people in those countries remains high.

Syria, with 6.7 million displaced people at the end of 2021, remains the country with the most people in this situation. It is followed by the DRC (5.3 million), Colombia (5.2 million) and Afghanistan and Yemen (4.3 million).

People displaced by conflict remain the largest, but natural disasters are the main cause of displacement (23.7 million displacements due to these phenomena in 2021).

94% of the displacements were due to meteorological and climatic disasters such as cyclones, floods and droughts and these phenomena are becoming more frequent due to climate change, the report points out.

China, the Philippines and India recorded their highest figures in five years with 6 million, 5.7 million and 4.9 million respectively.

Although the number of people displaced by conflict is still increasing, natural disasters remain the main reason why people are forced to flee their homes (23.7 million displacements in 2021).

No less than 94% of these displacements were attributed to meteorological and climatic disasters, such as cyclones, floods and droughts, phenomena that are increasingly frequent and intense due to climate change.

70% of internal displacement linked to natural disasters in 2021 was recorded in China, the Philippines and India.

But increasingly, conflicts and natural disasters go hand in hand, noted Mr Egeland. In places like Mozambique, Burma, Somalia and South Sudan, the crises are overlapping, impacting food security and increasing the vulnerability of millions of people.

Some 25.2 million of the world’s internally displaced persons are under the age of 18, and the effects of their displacement go far beyond their immediate safety, well-being and education. A healthy and happy child is more likely to contribute to an equitable society and a functioning economy.

More data is needed to better understand these broader and longer-term impacts, but it is clear that protecting and supporting displaced children and youth not only safeguards their rights, but also contributes to a more stable future for all.