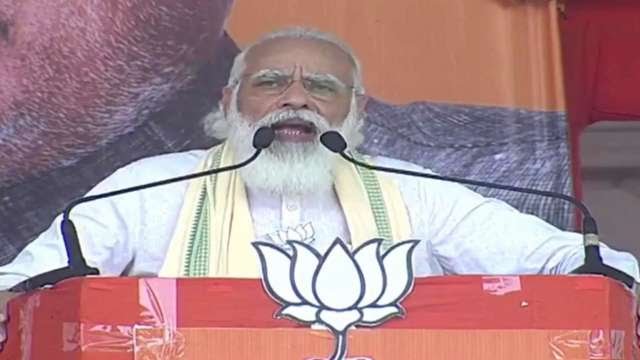 Prime Minister Narendra Modi has said that if India is provoked, India will give a ‘strong reply’. Modi arrived at the Longewala post in Jaisalmer to celebrate Diwali with army personnel.

After greeting the soldiers on Diwali, he pointed to China, “Today the whole world is troubled by the expansionist forces. It is a mental disorder in a way and reflects the thinking of the 18th century.”

He said, “India believes in the policy of understanding and explaining others, but if provoked, this country is capable of giving a strong answer.”

This message of Modi has come in the midst of the ongoing border dispute between India and China.

Recently, there was an eighth round of talks between the military commanders of the two countries to resolve the dispute in which diplomats of both countries also participated. This meeting was inconclusive.

Addressing the soldiers at the Longewala post, Modi said that no power in the world can stop the soldiers of the country from protecting the border.

The Prime Minister said that we can never forget that vigilance is the way of security for us. He said, “Today, the world is realizing that India is not going to compromise its interests even at a cost.”

He recalled the role of Longewala Post in the 1971 war with Pakistan and recalled Brigadier Kuldeep Singh Chandapuri, who was considered the hero of that battle.

He said that due to his bravery, Kuldeep Singh Chandapuri has become ‘Rashtra Deep’ today.

While in 2018, he was at the border positions of Uttarakhand. He visited Gurez sector of north Kashmir in 2017 and spent his Diwali with soldiers deployed there.