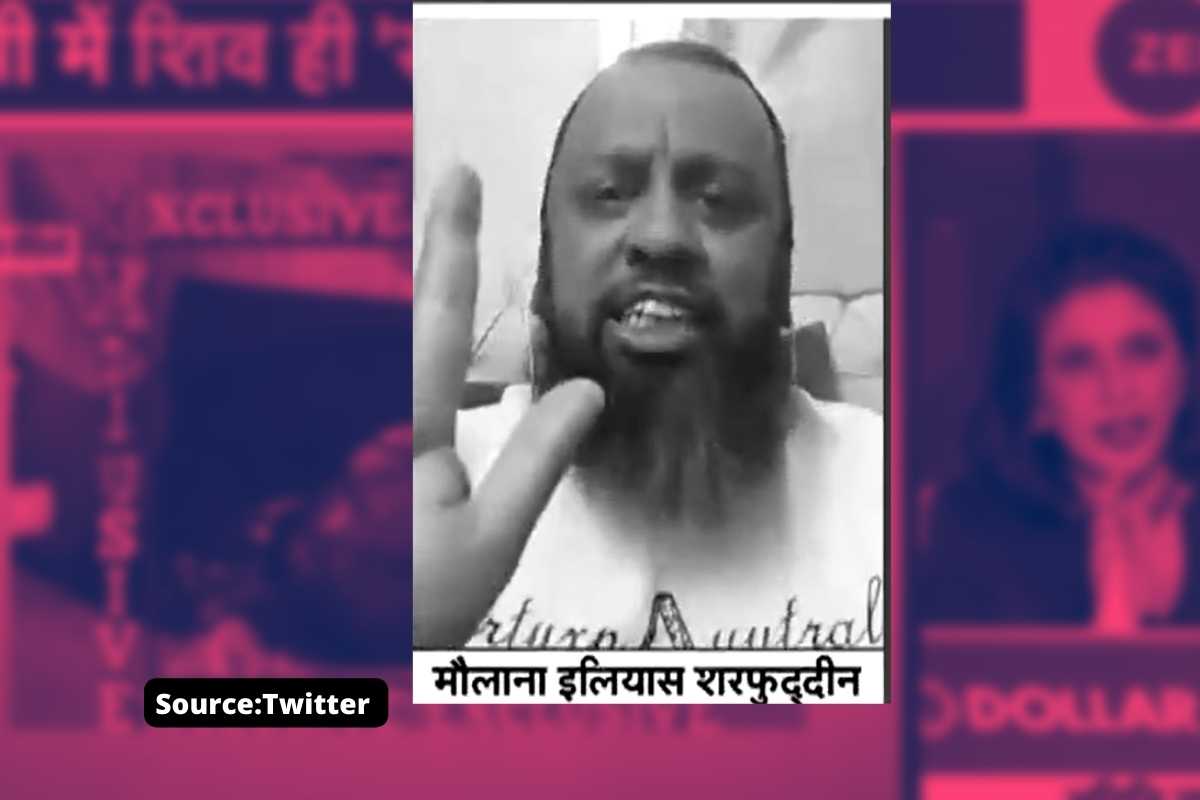 Many news channels in the country including Zee News have become a platform for inciting religious sentiments. These news channels deliberately invite such people to the debate who speak the communal language to hurt the religious sentiments of the people. Recently, in a debate show on Zee News, controversial Islamic cleric Ilyas Sharafuddin compared Hindu Shivling with the male private part. Earlier, BJP spokesperson Nupur Sharma had made objectionable remarks on Prophet Mohammad. The question is whether news channels are deliberately trying to spoil the atmosphere of the country, or they are conspiring to break the country?

Who is Ilyas Sharafuddin, what did he say?

Ilyas Sharafuddin was called on Zee News’s Taal Thok Ke program for a debate on the alleged Shivling found in the Gyanvapi mosque. He is an Islamic cleric and claims to be a slave of Allah. In the debate, Sharafuddin makes controversial remarks on the deities of Hinduism and laughs and says that at least “don’t worship Private Parts”.

Quoting Vedas, Gita, and Upanishads, Sharafuddin says that it is written in Hindu scriptures that those who worship idols will be destined for hell. Hindus should not worship idols and private parts.

This person continuously made controversial remarks on the Hindu religion and the channel which shows itself to be Pro-Hindu keeps showing it.

Hindu Mahant Yogesh Puri was also called on the debate by the channel. He opposes Sharafuddin and says that this remark has insulted Hinduism. Finally 10 minutes before the completion of the show, the channel throws Sharafuddin out of the debate by collecting all the TRPs and pouring the poison of hatred into the society.

Now, this video is viral on social media and people are saying that when there is so much controversy over Nupur Sharma’s remark on Prophet Mohammad, why not on it.

BJP spokesperson Shahzad Poonawalla has asked whether Muslim society will issue a fatwa against Ilyas Sharafuddin.

On Twitter, people questioned the channel in what capacity Sharafuddin is being presented as a representative of the Muslim religion?