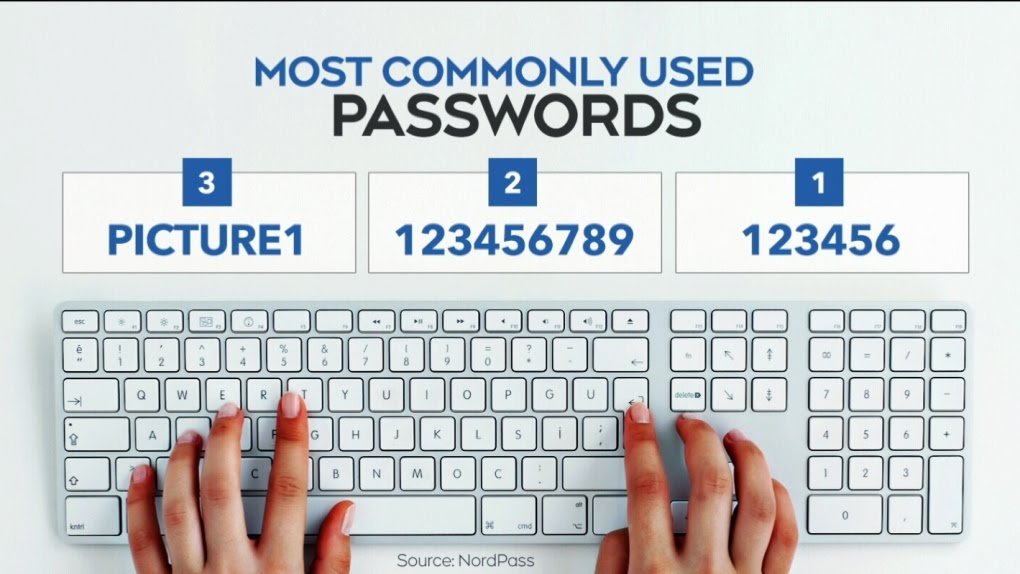 NordPass, which analyzed a database of nearly 275.7 million passwords in it’s report said Basic passwords that take less than a second to crack remain incredibly popular

NordPass’s survey of the 200 most common passwords, compiled in partnership with a third-party company that specialized in data breach research, found that among the millions of passwords it evaluated, some 152.8 million passwords were incredibly easy to crack and shared by tens of thousands of other accounts. Less than 122.9 million were considered unique.

According to research, the majority of people use simple and easy-to-remember passwords, because it’s convenient. But the problem is that most memorable passwords are highly vulnerable to cracking.

Common passwords were combinations like “aaron431,” “zxcvbnm” — look at the bottom sequence of letters on your keyboard — and “x4ivygA51F.” “Ashley” was one of the most common name-based passwords, shared with more than 52,000 other users.

Never reuse passwords across multiple accounts. Create a unique one for each account and make them long — don’t settle for anything shorter than 12 characters, even more if you can. Use a mix of upper- and lower-case letters, numbers, and symbols to significantly lower the risk of getting your passwords cracked.

Also, make sure to change your passwords at least every 90 days. To create a complex, robust password, take advantage of a Password Generator.