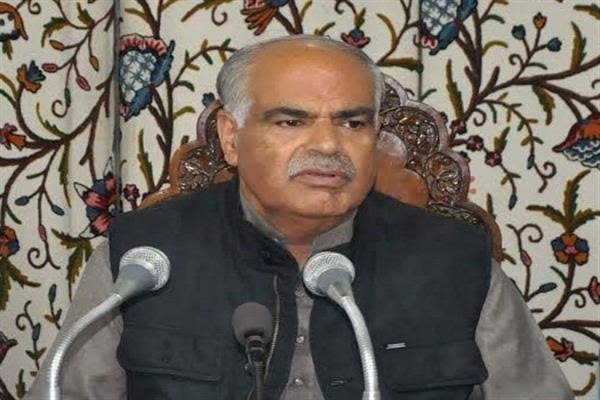 BJP General Secretary (Organization) Ashok Koul on Wednesday appealed people of Jammu and Kashmir to vote for the party in upcoming DDC elections and asserted if BJP will come into power the Kashmir will see Gujarat like development.

Koul urged people of Jammu and Kashmir to come forward in District Development Council (DDC) elections and vote for the party to ensure development at grass root level.

“I appeal people across to vote us and give us a chance to make J&K another Gujarat in the country”, Koul told local news agency KNS.

The BJP leader who chaired a high-level meeting of south Kashmir office bearers and party workers in Anantnag headquarters discussed the conduct of DDC elections, Panchayat-Municipal by-polls that are scheduled to be held from November 28 to December 22 in eight phases across Jammu and Kashmir.

Koul at the occasion, sought detailed report from district presidents of Kulgam and Anantnag regarding the functioning of party affairs grass root level.

He directed party leaders and workers to gear up for the upcoming DDC elections and propagate the message of party to nook and corner of south Kashmir.

BJP leader while hitting hard to territorial mainstream political parties including NC and PDP, said these parties have eroded the fair and transparency structure in employment across J&K.

“Today daily wagers and other consolidated employees are protesting against us. They are shouting anti-BJP slogans. I want to make them clear that during whose tenure their appointments were made.

It was NC, PDP, Congress and others who adjust them in government departments without following the set protocol of employment”, Koul said and added, “Instead of hitting streets or our headquarters, these employees should protest at the residence of Dr Farooq Abdullah and others”.

At the occasion, party’s J&K vice-president Sofi Yousuf and others were also present.