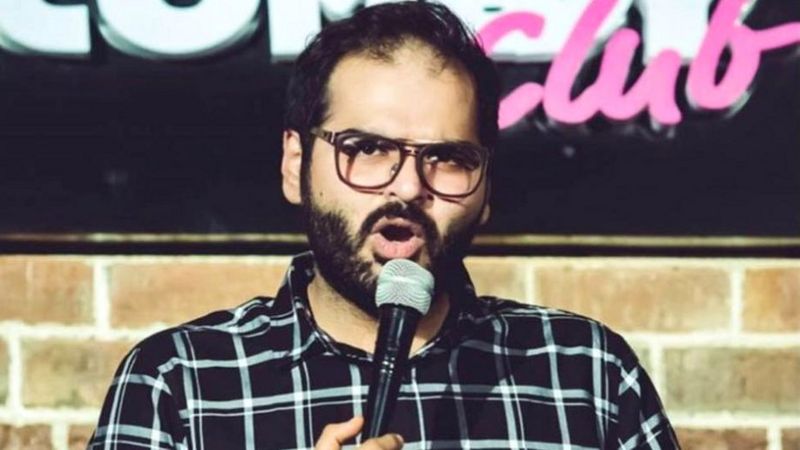 Standup comedian Kunal Kamra has issued a message to the country’s Attorney General KK Venugopal after a case of contempt of Supreme Court was filed against him. On Friday, he issued a statement on Twitter, stating that he would neither apologize in this matter nor hire a lawyer to present his case in the court.

Attorney General KK Venugopal had allowed him to pursue a contempt of court case for allegedly making derogatory tweets against the Supreme Court.

Kamra released a detailed statement on her social media accounts.

The words stated in his statement titled ‘Neither lawyer, no apology, no fine , no waste of time’ are as follows:

The tweets that I recently made have been considered contempt of court. All the tweets that I tweeted were my views on the partisan decision of the Supreme Court which was given by the court for prime time loudspeakers.

I think I should agree: I enjoy putting up a court and coming on a platform with a serious audience. The judges of the Supreme Court and the country’s biggest lawyer will probably be my VIP audience. But I also understand that a Supreme Court time slot will be different and rare from all my entertainment Venues, where I perform.

My views have not changed because the silence of the Supreme Court on matters related to personal liberty of others should not be criticized, it cannot happen. I have no intention of withdrawing or apologizing for my tweets. I believe that my tweets themselves are well on their side.

May I suggest that the time of my hearing be given to the demonetisation petition, the petition filed to get back the special status of Jammu and Kashmir, and countless cases like Electoral Bonds, which need more attention.

If I turn around senior advocate Harish Salve and say, will the sky fall if more important cases are given my time?

Although Supreme Court has not yet placed my tweets in any category (of contempt), but if they do, then they can laugh a little before telling them that they are contempt of court.

There is a lot of discussion on this social media about Kunal Kamra’s tweet. #KunalKamra and #ContemptOfCourt are trending on Twitter. Some people are applauding Kunal Kamra for his ‘bold’ views and some are opposing him.

The Supreme Court on Wednesday ordered the release of Arnab Goswami, editor-in-chief of Republic TV, on bail. After this, Kunal Kamra tweeted an allegedly derogatory tweet to the Supreme Court from his Twitter account.

After this, Attorney General KK Venugopal had received more than eight letters, which sought to initiate contempt proceedings against Kamra.

Who is Kunal Kamra

Kunal Kamra hails from Mumbai and people know him as a standup comedian. But he started his career as a production assistant. He was a production assistant in an advertising agency. After working for nearly 11 years in the field of advertising, Kunal started his career as a stand-up comedian. In 2013, he presented his first program.

In 2017, together with Ramit Verma, he started a podcast show ‘Shut Up Ya Kunal’. In this show, Kunal used to chit-chat with political personalities, social activists and famous personalities.