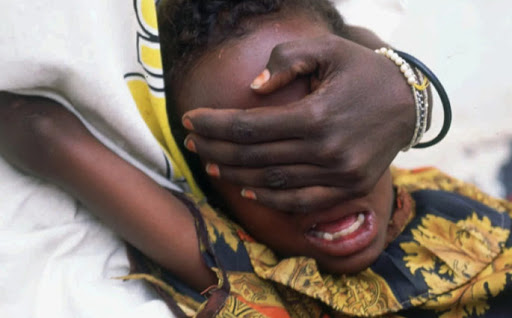 “INFIBULATION”, also called as FGM (Female Genital Mutilation). The practice of excising the genitals of a girl or woman and stitching together the edges of vulva to prevention sexual intercourse.This unethical practice is still dominant in the tribal communities of South Africa, north eastern Africa, particularly in Djibouti, Eritrea, Ethiopia, Somalia, Sudan,Saudi Arabia and some parts of India.

We, being well educated, civilised, socially responsible society are failed to be called as humans. The mere humanity is missing in all of us around the globe. In the name of customs and traditions, we do all the illegal and inhuman actions without knowing the consequences of such deeds.

Even in the 21st century, with science and technology, many unlawful warfares are so common that everyone ignore them and no one questions about them. Under the blindfolds of cruelty, we treat fellow humans as well as animals with the same brutality. Even animals must be trated well in the civilisation like us, if not, we are not actually a civilsed society. In the name of tradition we mercilessly sacrifice anyone justifying prejudices of the society.

One such practice is “INFIBULATION”, also called as FGM (Female Genital Mutilation). The practice of excising the genitals of a girl or woman and stitching together the edges of vulva to prevention sexual intercourse. It is the complete scrapping of the Genitals and stitches it together to prevent the girl from having se*. The genital is sealed leaving the small hole for the girl to urinate or menstruate.

FGM is usually performed by traditional circumcised, women who have a high reputation within their societies. It is also performed by traditional midwives and occasionally by healers, nurses or doctors trained in Western medicine. The procedure is usually performed without anaesthetic and under dreadful and unhygienic circumstances. Usually, razors, knives, scissors or a piece of broken glass, which are mostly disinfected.

The girl or women’s legs are tied with rope for days so that the wound can heal. It usually takes 15-40 days for the wound to heal. During this period, the girl’s legs remain tied and she’s prevented from moving. Basically, the stitches are meant to be reopened by husband on her wedding night so he can intimate with her. Imagine the traumatic pain a girl suffers during this whole process is just inhumane.

During the labor, many women have to be cut again because the genital opening is so small for the passage of the baby. It also causes urinary tract infections in women, fistulae and infertility etc. Other than that people from these communities when migrating to another country, keep this immoral practice alive. According to WHO, more than 200 million women suffer from FGM worldwide. According to research, it was also practised in Australia, North America in New Zealand. But, still such women-oriented issues remain unheard, because this extremely civilised society treats women unequally.

You can connect with Ground Report on Facebook, Twitter and Whatsapp, and mail us at GReport2018@gmail.com to send us your suggestions and write-ups.