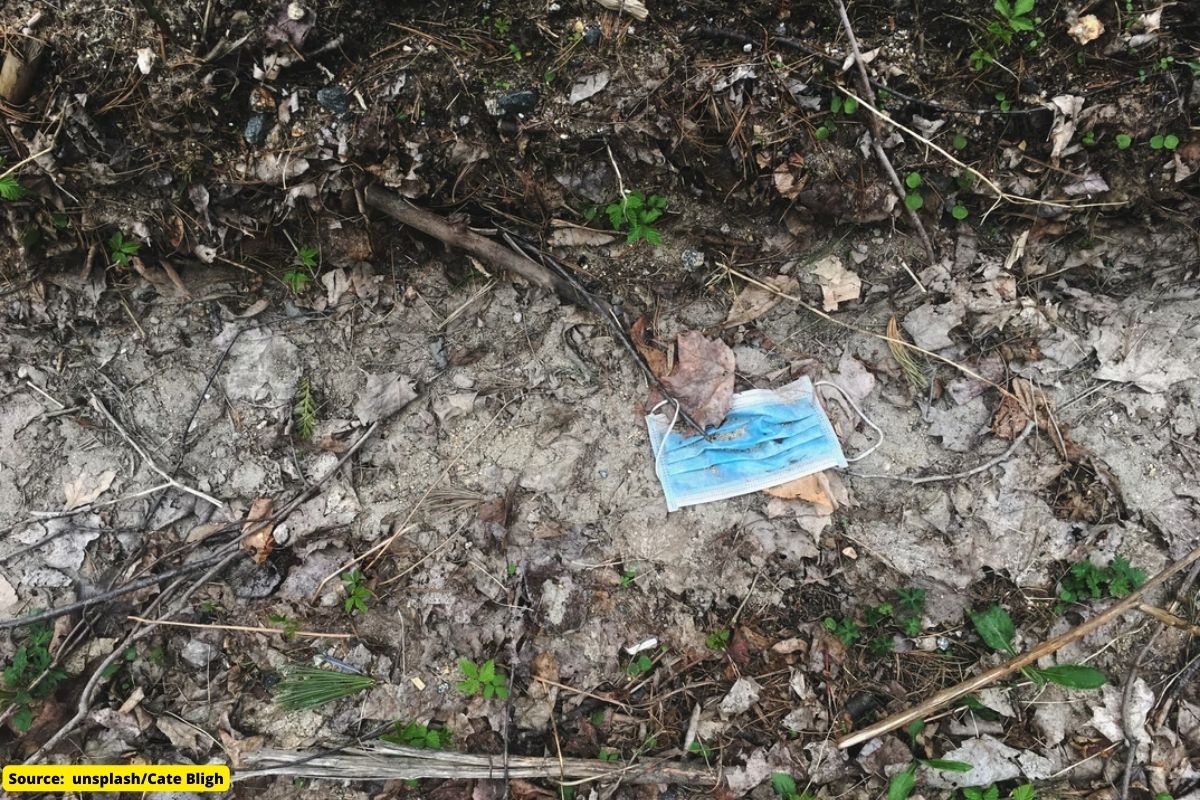 The arrival of the pandemic caused a phenomenon that for many seemed impossible: reducing greenhouse gas emissions, a symptom of the slowdown in world economies. The increasing use of face masks in India is generating 1.54 million tonnes of microplastics every year, which can pose a major threat to the environment and health, as per a recent study by the Department of Civil Engineering, Shri Ramswaroop Memorial University, Lucknow.

However, while the emissions dissipated, in the shadows another type of pollution was increasing and without obstacles that promised to leave a mark for the next 400 years and that was none other than the garbage caused by the masks.

According to scientists, about 23.8881 million masks are used in India every year. Its total weight is about 24.4 lakh tons. At the same time, about 15.4 lakh tons of microplastic and polypropylene (PP) are being generated due to this.

How much microplastic generated from face masks every year in India?

The largest number of masks has been estimated for China (3.99.925 million), which is the most populous nation in the world (1.4 billion). The total annual generation of plastic waste in China is estimated to be more than 0.1 million.

India is the second-most populous nation in the world with a population of over 1.39 billion and estimated use of over 2 lac masks. It is estimated that the total annual plastic waste to be generated in India is 0.1 million with a microplastic/polypropylene content of 1,541 thousand tons.

The US is the third-largest consumer of masks (1,22,727 million) with an annual plastic waste of ∼25,000 tons and a microplastic content of 792 thousand tons.

According to the study, researchers have analyzed the microplastic waste that is generated due to face masks in 36 countries around the world. Their findings have shown that in these countries of the world where the highest number of Covid-19 cases have been reported, about 154.6 lakh tons of face masks are used every year, the total number of which is about Rs 151 540 crore. . Due to this, about 97.7 lakh tons of microplastics are being produced.

As per the scientists, China, despite being the most populated nation and the origin of the Covid-19 pandemic showed the least infection rate. The highest usage of masks was estimated in China which can be a possible reason of the low infection rate, consequent to the maintenance of the Covid-19 guidelines of wearing the masks.

China has the largest population in the world. In this sense, most face masks are used there. The total population of China is more than 1439 million.

Face masks have saved the lives of millions of people around the world. At the same time, the waste generated from it created a new danger to earth. Microplastic poses a threat to biomagnification and bioaccumulation, the waste accumulating in the environment can cause great danger to the environment and the organisms.

The study highlights the need to introduce improved policies to ensure the effective disposal of face masks, especially as the rise in consumption of these products is expected to continue for years to come.

Possible measures could include educating and informing the public on how to properly use and dispose of disposable face masks and providing centralized disposal options. These steps could help reduce the legacy of microplastic contamination in the environment from the COVID-19 pandemic.