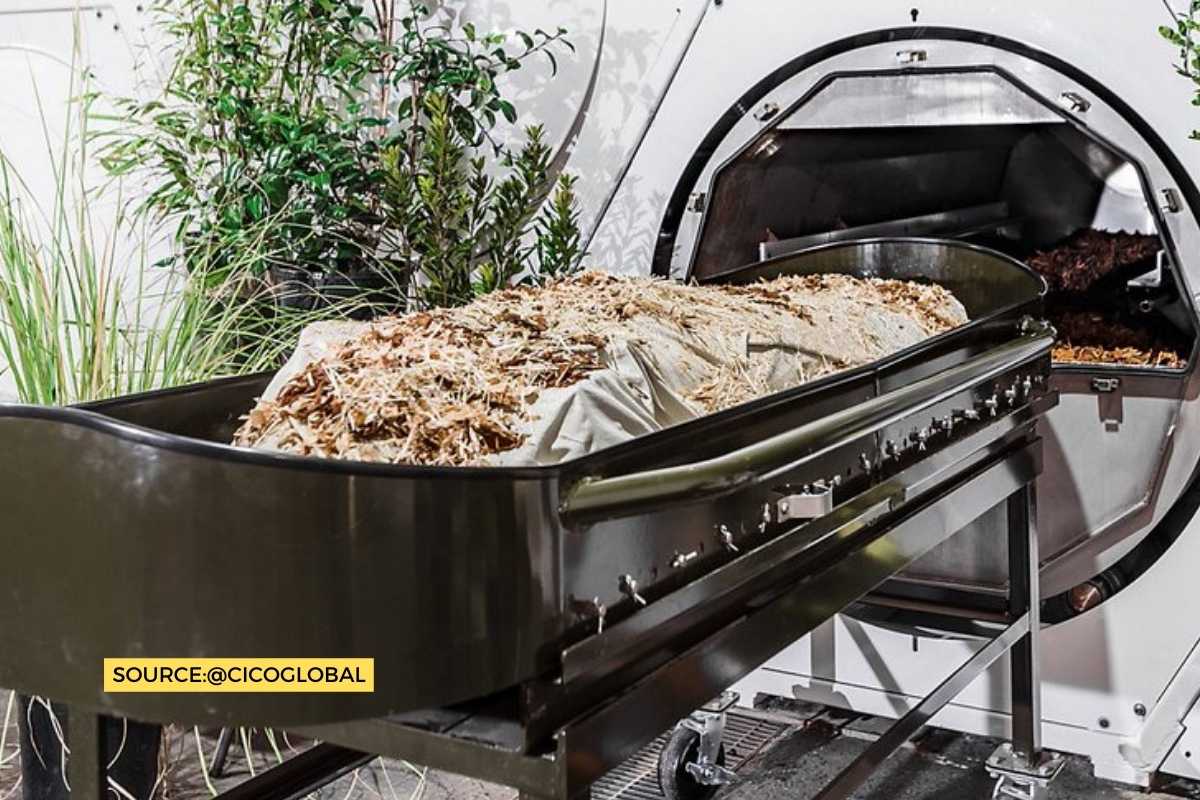 Read more: What is human composting?

In essence, organic material—in this instance, a body—is decomposed and transformed into nutrient-rich soil. This soil may then be utilized to cultivate new organic life, such as plants and food. This process is an expedited form of natural decomposition and is referred to as natural organic reduction (NOR). Due in part to a law that was approved in Washington State making human composting permissible for the first time, the phrase has recently gained increasing notoriety.

How is it environmentally friendly?

The composting of human remains is a much more environmentally friendly technique than traditional funeral rites. The materials and chemicals buried with a person can pollute the earth, and traditional burial uses up urban land at an unsustainable rate.

Each year, the practice results in the burial of 1.6 million tonnes of reinforced concrete and 4.3 million gallons of embalming fluid in the US. While returning the goodness of the human body to the land, human composting is far better for the health of the soil.

A study by Green Burial Council Inc, an organization that oversees certification standards for cemeteries, and funeral homes, stated that cremations in the US account for 1.74 billion pounds of CO2 emissions each year. It takes a lot of energy to keep the required temperatures during cremation, which is dependent on fossil fuels.

As a result, the typical cremation generates a lot of CO2 — around 535 lbs. Which is the same as driving 609 miles in a car. Earth’s soil transformation process employs renewable electric energy sources and emits no net CO2 emissions.

The industry is new, and there is little research on how much better human composting is for the environment compared with traditional burials, cremation, or green burials. Transparency regarding the process is essential as demand for more environmentally friendly end-of-life options increases.

According to a survey by the USA National Funeral Directors Association, 60.5% of respondents were considering “green” funeral options due to potential financial savings, environmental benefits, or other factors. Prior to 2019, when Washington became the first state to officially permit termination, the only options for disposing of human remains legally were burial, cremation, or donation.