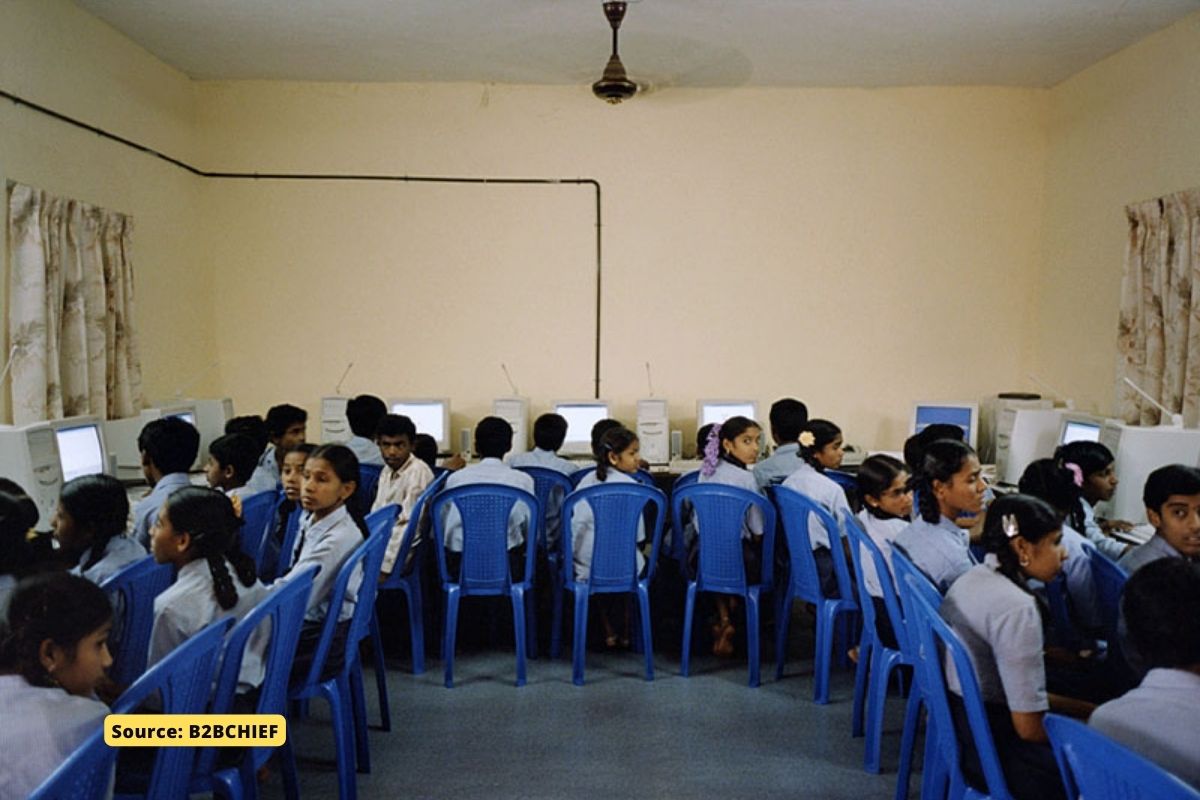 The government recently announced the introduction of a nationwide entrance exam, the Common University Entrance Tests (CUET), a single test to determine admission to all central universities in the country.

It will be launched in July 2022 and it is estimated that two million students will take the entrance exam to around 200,000 undergraduate university vacancies.

Every year, India witnesses a large number of applicants sitting for various entrance exams. This includes both those aspiring to higher education. In 2021, the Main Joint Entrance Examination (JEE) held annually for admission to various engineering colleges in India, saw approximately 0.9 million applicants vying for around 36,000 seats.

Due to the presence of such a large number of test-takers each year, across multiple study streams, the test preparation market has experienced a large-scale expansion in most states of the country with fairly high levels of corporatization.

Many of these test preparation service providers, such as Career Launcher (CL Educate Ltd) and Career Point Ltd, now handle businesses worth millions of dollars ($46 million and $58 million respectively).

The rapid growth of this industry has also had its own grievances, including but not limited to fairness concerns, extreme psychological stress on students, and corruption to achieve desired results.

The education industry has become one of the many areas that have been affected by the globalization of many businesses, technology and social movements in India.

In fact, the involvement of business interests in education is not a new phenomenon. Parents and students seek benefits through education, as evidenced by behaviours such as paying tuition and fees, fundraising, and relocation to a “better” school.

In the research paper published by Economic and Political Weekly, “Success Factories: Investigating the Indian Corporate Test Preparation Industry,” authors Vinayak Kishore and Ankur Sarin demonstrate the growth of one of the “high stakes” test preparation or training industries. fastest-growing in the world in India.

They explore the potential factors that fuel it and argue that it contributes to the perpetuation of deep-seated inequalities in Indian society. Seeing these trends as symbolic of the transformation of higher education into a tradable commodity, the authors highlight limited attempts by the state to develop a robust regulatory environment despite growing recognition of associated problems.

According to a study by the Ministry of Human Resource Development (MHRD) in 2016, families in the richest quintile were found to spend significantly more (about four times as much) on private tutoring than those in the poorest quintile. For example, in 2012, while 10.3% of applicants with parental income above Rs 450,000 per year could pass the IIT entrance exam, the corresponding figure for applicants with parental income below Rs. Rs 1,00,000 a year was only 2.6%.

Similarly, for the JEE Advanced exam, the success rate of applicants in the different parental income categories, for 2014 and 2016, also demonstrates that candidates from more economically affluent backgrounds appear to have an advantage over relatively poorer backgrounds.

In income levels, those falling into the highest income slab, or more than Rs 4.5 lakh a year, showed the highest success rate at 10.3 per cent, considering all categories. This fell progressively with income. Students in the median income age group of Rs 1 lakh to Rs 4.5 lakh had a success rate of 4.8 per cent and those from families earning less than Rs 1 lakh had a success rate of 1 scant 2.6 per cent. That, however, can be explained to some extent by the fact that nearly 85 per cent of those who registered were in the lower- and middle-income categories.

Among the boards, the general candidates seemed to prefer CBSE. About two-thirds of all registrations and three-quarters of qualified candidates studied CBSE. CBOs, on the other hand, appear to prefer state boards, accounting for more than a third of registered and qualified state board candidates. The respective numbers for them at CBSE drop to about a fifth. SC and ST do not show any major change in the actions of both boards, according to the report.

Between income blocks, the difference is not that significant when it comes to SC candidates: 11.35% of students with parental income above Rs 4.5 lakh qualified compared to 17.56% with income from parents less than Rs 1 lakh.

In 2015, the National Education Policy (NEP) identified the growing influence of the coaching industry in a negative light. Emphasizes designing entrance exams in such a way as to “eliminate the need to take coaching classes”.

The agency is supposed to hold these exams twice a year (from 2019 onwards) to ease the pressure on students.

The NTA also plans to convert its test centers into free training centers to provide support for rural students, as well as students from economically weaker backgrounds.