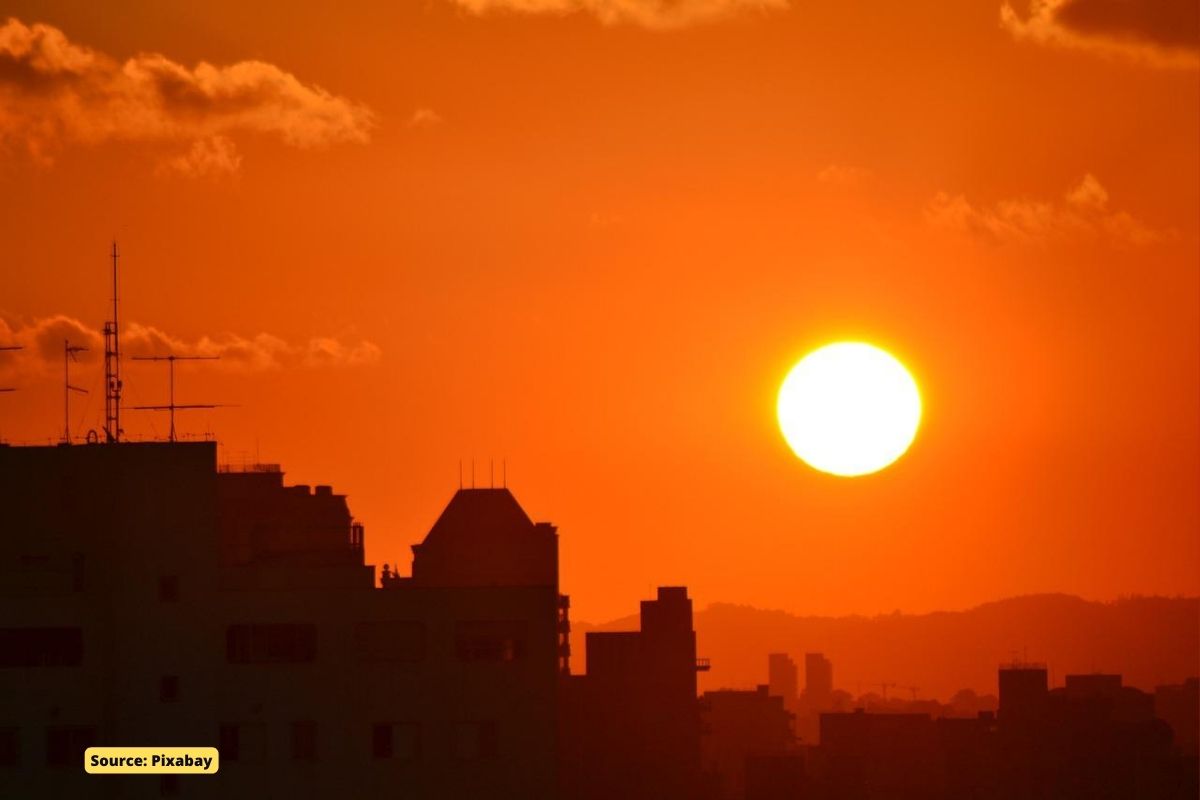 Most parts of Pakistan are experiencing extreme heat and heatwave these days, but the city of Jacobabad in Sindh province has made its place among the hottest city in the world.

Jacobabad was the hottest city in the world last month on May 14 with a temperature of 51 degrees and the situation is still more or less the same, but the worst victims of this heat are probably women.

Razia, who lives on the outskirts of the city, seldom has enough water to bathe her few-month-old daughter Tamana. “When we bring water from the bucket for bathing the children, they calm down a bit,” Razia told Reuters.

Razia also has a family on the outskirts of the city. There is no electricity in their house and everyone is sitting on the beds staring at the static fan while bees are buzzing around. “We just sit in the heat,” says Razia. Whether the fan works or not. With or without electricity They only pray to Allah. Rubina also said that she often felt dizzy while cooking.

The Ministry of Climate Change says that not only has spring come to Pakistan this year, but the heat has intensified immediately after the winter. The rising temperature in Jacobabad is a telling proof of this climate change in Pakistan.

Three heatstroke centers have been set up in Jacobabad to deal with the effects of hot weather. These centers provide medical care to heat-stricken women and men.

With the hot weather, power outages and water shortages are additional problems that the citizens of Jacobabad face on a daily basis.

South Asia has seen unusually high temperatures in recent months. An extreme heat wave that hit Pakistan and India in April was 30 times more likely to occur due to climate change, according to scientists at World Weather Attribution, an international research collaboration. Global temperatures have risen about 1.2 degrees Celsius above pre-industrial levels.

As temperatures continue to rise, extreme heat waves are expected to increase. Jacobabad’s approximately 200,000 residents are well aware of its reputation as one of the warmest cities in the world. “If we go to hell, we take a blanket” is a common joke told in the area.

Khair Bibi, a rice farmer, lives in a mud house that could be a few centuries old, but it has a solar panel that runs a fan. “Everything is more difficult because we are poor,” he told VICE World News as he rocked his malnourished six-month-old baby in a shaded cloth hammock.

Khair Bibi’s family also knows that Jacobabad’s canal system that irrigates their rice fields and bathes their cattle has also polluted their groundwater supply over time, so they venture out to buy filtered water from lot vendors.