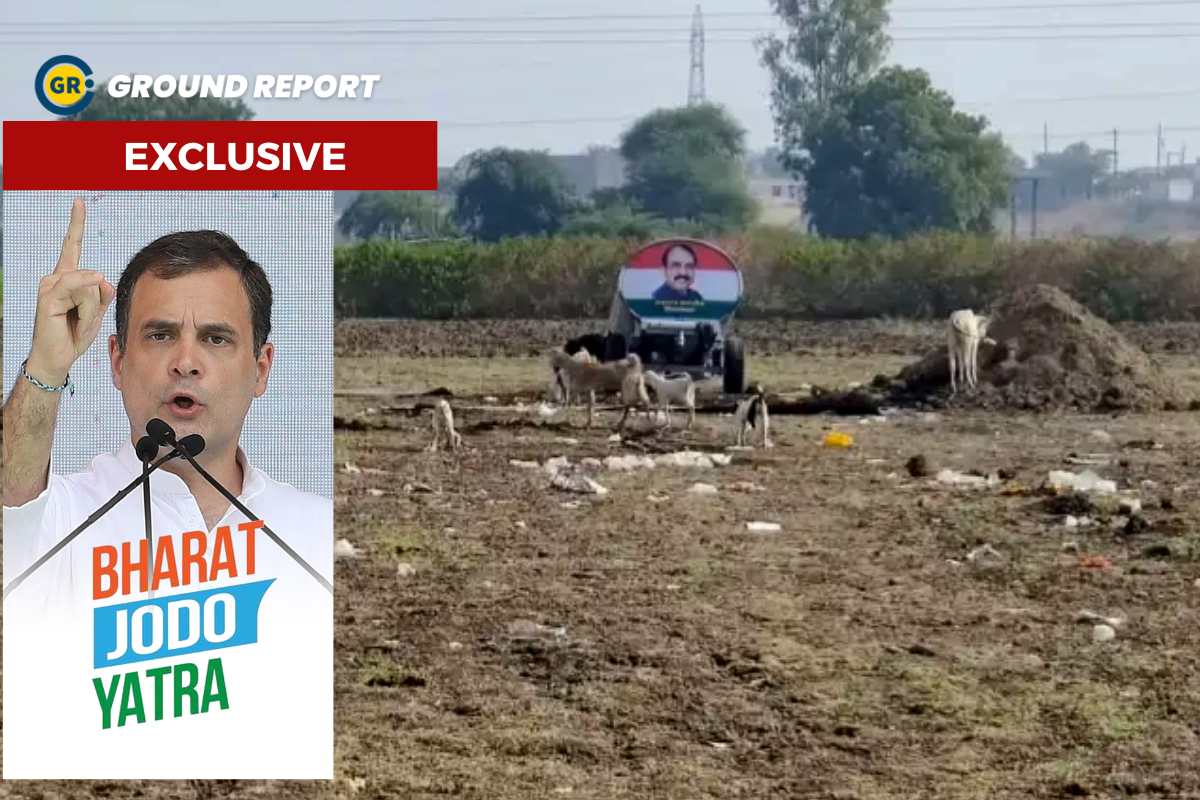 Environmental Cost of Bharat Jodo Yatra | On the 7th of September 2022, INC’s (Indian National Congress) Rahul Gandhi embarked on a walk from the southern city of Kanyakumari. The collective party walk is called Bharat Jodo Yatra. The yatra is set to cover 3500 km spanning a total of 150 days, culminating in Srinagar. Former INC president Rahul Gandhi is leading the Bharat Jodo Yatra with utmost vigor and spirit.

The BJY is an attempt of the congress to rejuvenate their local cadre and reach to the masses to bring back their voters.

In the first week of December, Eighty-nine days on, the Yatra has now entered Rajasthan. The yatra crossed Agar Malwa in Madhya Pradesh.

Any mass movements demand significant investment. When there are people, they occupy space. In addition, there are some necessities that inevitably impact the current system of that.

Hence when I attended the Yatra, it made me curious about the environmental merits of the same. Let me put into words, what I saw.

Residues of Yatra in Indore

While in the heart of the nation, the yatra passed through the cleanest city of India, Indore. The enormity of the yantra only grew as it reached the city of Indore. The designated path for the Bharat Yatris was lined up with flexes, flags, and a horde of local supporters keeping their spirits high.

The size of the yatra would bear a huge imprint on the ecological and environmental quality of the area.

Along the moving trail of the yatra, the refreshments hub, there were proper arrangements for the disposal of the waste generated. The city of Indore was left almost as clean as it was as the yatra moved ahead on its route.

As observed, posters and flexes used by BJY are used on a recyclable basis.

Whenever the yatra halts for a break, a dedicated team works to pull down the flexes on the already covered route.

Then, they move ahead of the yatra to put them on display again. This is a good initiative to minimize waste that could have been created during the Yatra.

The camp for the Bharat Yatris to rest is systematically packed up and the site is left in its original state with minimum waste.

It takes the team approximately six hours to pack the camp and set it up at the new site.

Residues of Yatra in Ujjain

The Yatra moved from Indore city over to the religious city of Ujjain, via Sanwer. Now the management of waste here was rather dealt with in a different way. One can easily observe the anomaly in management when it comes to urban and rural areas. Here, on the outskirts of Ujjain, we observed an accumulation of waste, mostly plastics, out in the open. The waste was polluting fields and could have been easily accessed by cattle.

One very interesting and eco-friendly way of promoting the yatra adopted by the party can be seen in the image. In the image, a perfectly green sown field has been left untouched and unpolluted, while still managing to lay the track for the yatra by painting on the fences in a magnificent tricolor.

All the above-mentioned information is observational. There are moments of being happy about the management in Indore, while the mismanagement is evident in Ujjain. Although, the idea of organizing such a mass movement with generators, moving toilets, food, cutlery, and more is an oxymoron.

With people and vehicles continuously moving, it is hard to suggest that it is not contributing to the ecological imbalance of that ecosystem. If the Congress party really had a sustainable plan to manage the waste created the 150 days long yatra is commendable in itself.