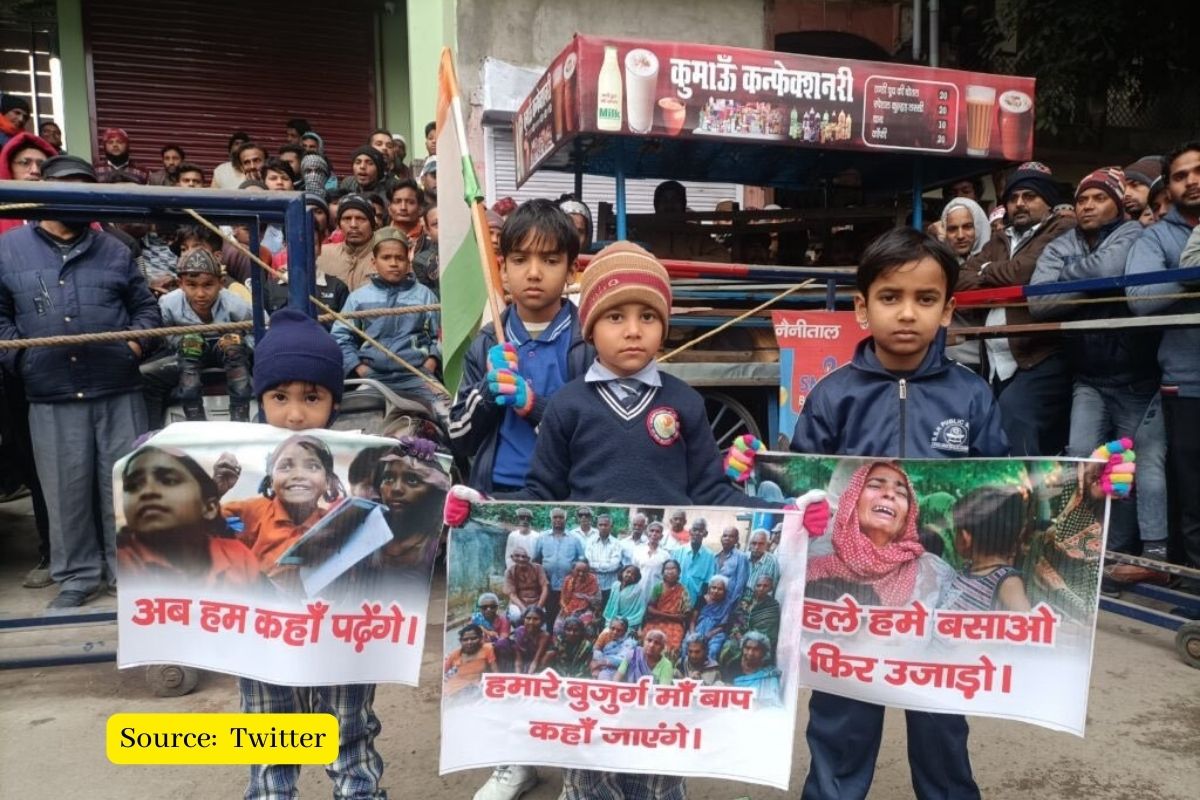 The Supreme Court has put a stay on the Uttarakhand High Court’s decision to run an ‘encroachment removal campaign’ from railway land in the Banbhulpura area of Haldwani.

A bench consisting of Justices Sanjay Kishan Kaul and Justice Abhay S Oka approved the order and sent the matter for hearing on February 7, calling on the state and the Railways to find a “practical solution” to what it called a “human problem”.

“Thousands of people cannot be uprooted overnight, It is a human problem, some viable solution needs to be found,” the High Court said, stopping an order from the Uttarakhand High Court authorizing the eviction of nearly 50,000 people living in some 4,000 homes after a case that lasted for years.

Along with this, the Supreme Court has also issued a notice to the Government of Uttarakhand and the Indian Railways. In this case, the Uttarakhand High Court had ordered the eviction of people living on railway land, after which the administration had given eviction notices to 4,000 families.

“There cannot be an uprooting of 50,000 people overnight. There has to be a segregation of people who do not have rights to the land and the need for rehabilitation recognizing the need for railways”, affirmed the Supreme Court.

Excepting the High Court’s order ordering the occupants to be evicted within seven days, the high court noted that “50,000 people cannot be uprooted in 7 days”.

“We have listened to the wise advice of the parties. ASG has emphasized the need for railways. The moot point to consider is whether the entire land will be awarded to the railways or whether the state government claims a portion of the land. Apart from that, there are issues of squatters claiming rights to the land as tenants or auction buyers.

Also Read:  28 support staff still in service of former CJI U U Lalit

“We are on the way to the approval of the order since there cannot be an uprooting of 50,000 people in 7 days. A viable arrangement is needed to segregate those who may have rights/no rights alongside the rehabilitation schemes that already exist while recognizing the need for railways,” the bank said in its order.

The Supreme Court said that without deciding the rights of such a large number of people living there, they cannot be removed on the strength of the force.

Court has described this matter as a humanitarian problem. The Supreme Court said that some way should be found to remove and rehabilitate the encroachers there.

The Supreme Court said that the documents of the occupants of Banbhulpura should be examined as many of them had bought that land in the auction.