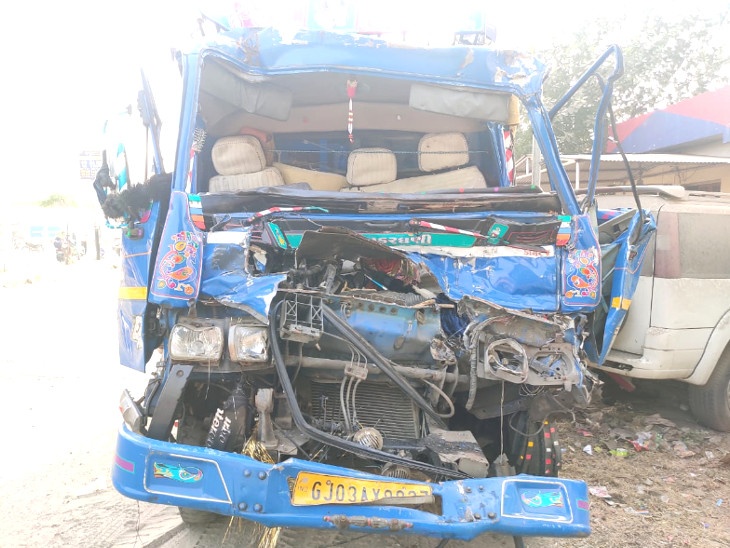 In Vadodara, Gujarat, 11 people died and around 15 people were injured in an accident on Wednesday morning. The injured have been admitted to a nearby hospital for treatment. Superintendent Ranjan Iyer of SSG Hospital in Vadodara said that the death toll in the road accident has increased to 11.

Gujarat CM Vijay Rupani has tweeted that he was saddened by the death of 11 people from a road accident near Vadodara.

Officers have been instructed to do needy work. My only prayer to God is that those who are injured should recover as soon as possible.

The case collided with two trucks on Wednesday morning on the Waghodia crossing highway in Vadodora. The accident was so terrible that 11 people died in it.

A total of 11 people were killed in the accident, including 5 women, 4 men and 2 children. Jami over the crowd of people on a large number of highway police who carried out the removal operation.

At the same time, 15 other people were injured in this accident. The injured have been admitted to the hospital where they are being treated.

It is being told that the collision between two trucks was so strong that its voice was heard for some distance. This accident was so terrible that it can only be guessed that a truck flew away. People say that another truck has hit the truck on the back of a standing truck.

The police is investigating the matter, due to whose negligence. Police is questioning the injured in this case.

Vadodara District Collector Shalini Agarwal said. A truck traveling from Surat to Pavagadh met with an accident early this morning. In which 9 people were killed. While 17 people were injured. The injured are currently undergoing treatment at Sayaji Hospital.