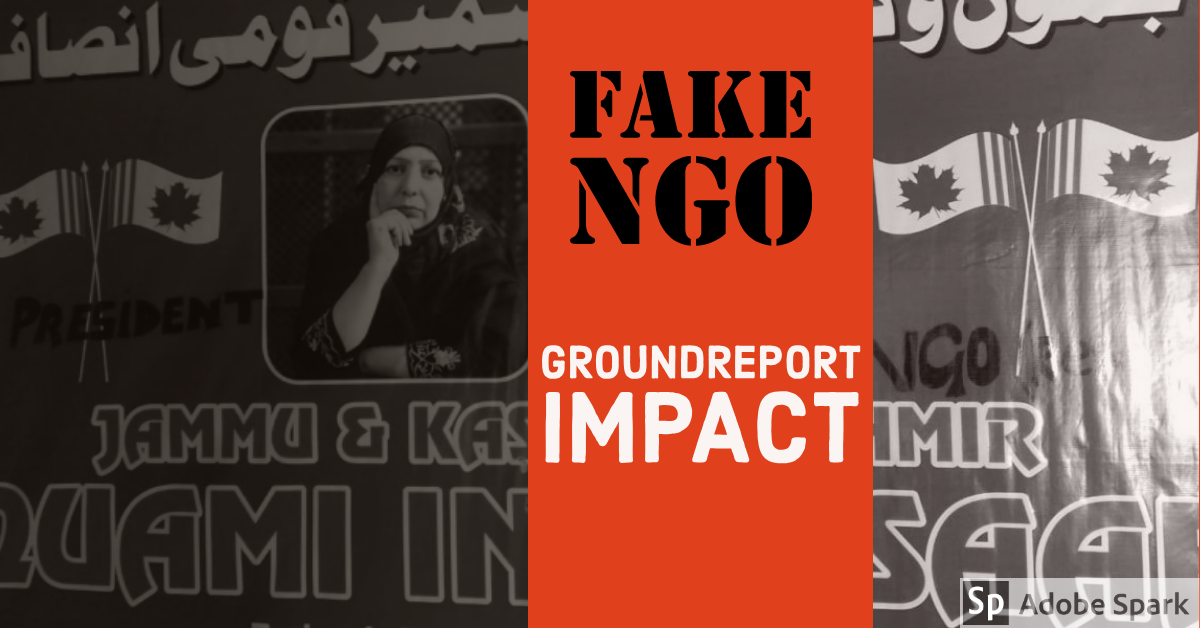 After the expose done by groundreport.in about a group namely Jammu and Kashmir Qaumi Insaaf- masquerading as an NGO, the government on Wednesday issued directions to Senior Superintendent of Police Crime Branch to investigate the matter and file a complaint against the fraudulent organisation in question.

The order that has been issued by the Additional District Magistrate, Srinagar the copy of which is in possession of the groundreport.in, the senior superintendent of police SSP Srinagar, has been asked to investigate the matter. The order further reads that the district magistrate Srinagar was seriously viewed the complaint and has requested to register an FIR against the NGO.

READ PART 1 OF THIS STORY

READ PART 2 OF THIS STORY

READ PART 3 OF THIS STORY

Order reads, “In this connection, I am directed to convey that District magistrate has seriously viewed the complaint and has requested to lodge FIR into the matter against the NGO namely Jammu and Kashmir Quami Insaaf under intimation to this office”.

Groundreport.in had earlier exposed the fake NGO Jammu and Kashmir Qaumi Insaaf for looting people. Many of employees of the alleged that they were not paid salary.

The NGO, sources said, was seeking membership fee rupees 150 per person and rupees 100 as submission of form fee.

As per the details available with Groundreport.in more than 2000 forms have been submitted by the unemployed people from different parts of Kashmir valley. The NGO had an office at Rajbagh in Srinagar city. Pertinently the the said NGO has changed its office twice in the past two months.

Meanwhile, when Groundreport.in contacted National Skill Development Corporation (NSDC) (Ministry of Finance as Public Private Partnership model) incharge, it was informed that no such NGO is approved with NDSC.

An Official from register of societies of Kashmir while speaking to Groundreport.in said that till date no such NGO in the name of Jammu and Kashmir Qaumi Insaaf is registered with them.