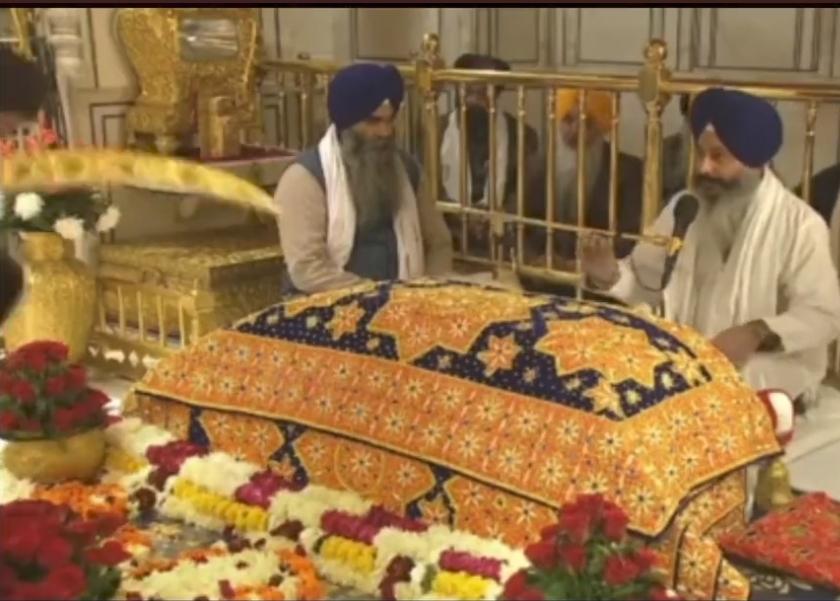 Man lynched to death after secrilage incident in Golden Temple. The incident of sacrilege happened inside the Darbar Sahib (Golden Temple) today. CCTV footage shows that suddenly a man entered the sanctum sanctorum and hit the holy Granth Sahib with a Kirpan. Reportedly, he had picked up the golden Kirpan from the sanctum sanctorum of the Gurudwara itself, which was placed near the holy Sikh Scripture.

Soon after the incident, he was surrounded by people present at the temple. Initially, he was taken into custody by Shiromani Gurdwara Parbandhak Committee (SGPC) staff, and moved to the SGPC headquarters. But later his dead body was placed near the SGPC main gate, which suggests that he was beaten to death by the staff in the office.

It is also said that people chanted sikh slogans and celebrated the instant punishment. According to initial information man was from Uttar pardesh.

What police is doing?

Members of the Sikh Gurdwara Prabandhak Committee say that the youth clearly attempted sacrilege. The whole incident was also caught on camera. At the same time, according to reports, the body of the young man has been taken to the hospital. The police are involved in the investigation of the matter. Police have also confirmed this incident. Parminder Singh Bhandal, Deputy Commissioner of Police, Amritsar, Punjab, said that during the evening prayers, the man climbed the wall and tried to move towards the holy place. At that time the sangat was busy in prayer and people were sitting with their heads bowed.

Simlar incident happened at Farmers protest site where A man was lynched, his hand chopped off and the body bearing over 10 wounds caused by sharp-edged weapons tied to a barricade. Nihangs took responsiblity of this and claimed that he disrespected their religion.

1 thought on “Golden temple: Man lynched to death in the name of religion”