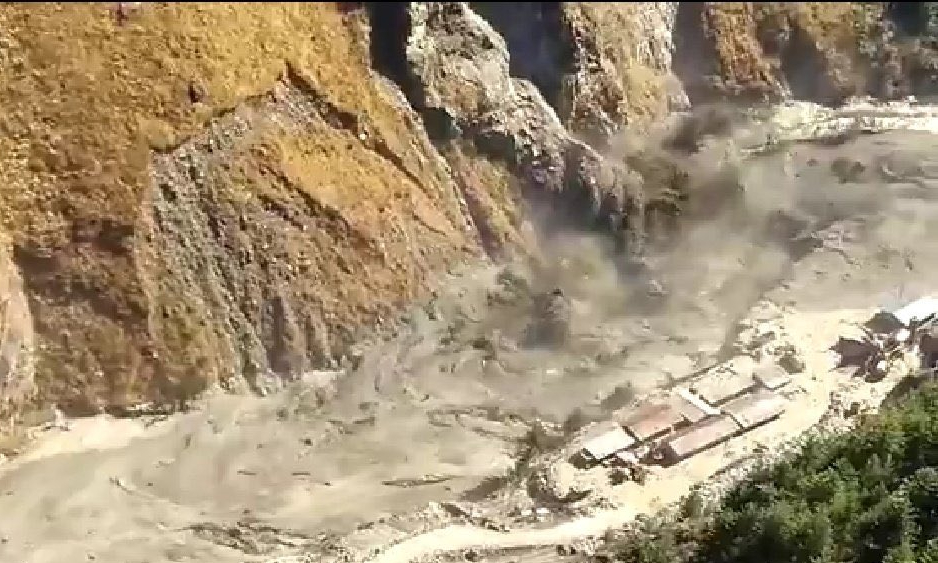 Many districts have been put on high alert due to the bursting of Himalayan glacier in Uttarakhand. Due to this, the water level of Dhauliganga River is continuously increasing.

Chamoli police say that this has damaged the Rishiganga power project. Those living around the Alaknanda River have been asked to vacate the house.

ALSO READ: Fear of flood due to breaking of glacier in Uttarakhand

PM Narendra Modi in a tweet said “Am constantly monitoring the unfortunate situation in Uttarakhand. India stands with Uttarakhand and the nation prays for everyone’s safety there. Have been continuously speaking to senior authorities and getting updates on NDRF deployment, rescue work and relief operations.”

Dhauliganga river has been flooded due to the breaking of a glacier at Joshimath in Chamoli district in Uttarakhand. Officials have said that people around it are at risk. According to PTI, 150 workers working in this power project are missing.

Due to this, there is a possibility of flooding of the surrounding villages. People are being evacuated from nearby villages.

A flood alert has been issued after several embankments of the river were broken.

Uttarakhand Chief Minister Trivendra Singh Rawat tweeted about the incident saying: “A disaster has been reported from Chamoli district. The district administration, police and disaster management departments have been directed to deal with the situation. Do not pay attention to any kind of rumours. Govt is taking all necessary steps.”