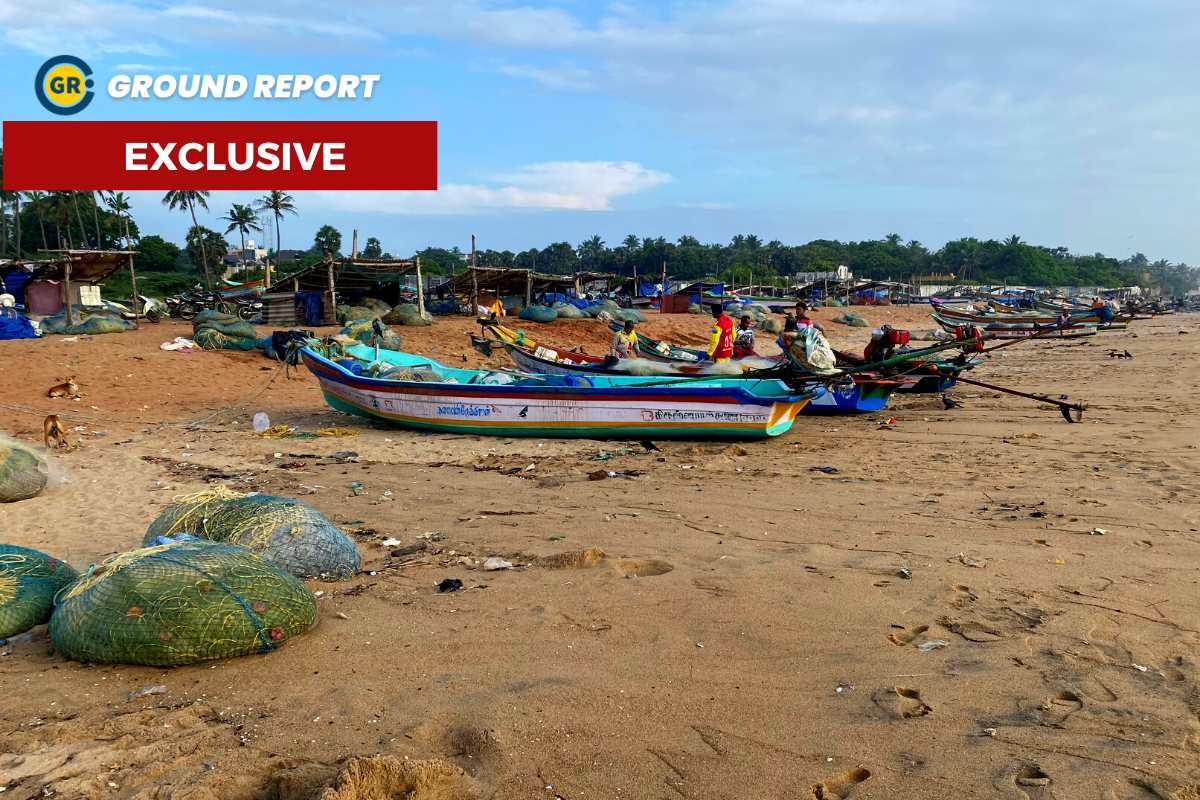 Most of the beaches in India are infamous for their garbage and waste dumps. And, if the beach is in an urban city, the situation is much more grave as the waste produced in the city is largely dumped in the seas/oceans. And, waves get them back to the shores.

Although, the situation is quite similar even on smaller beaches in a tourist city like Pondicherry. Pondicherry’s Eden Beach has a ‘blue flag’. Interestingly, blue flag beaches are considered the cleanest in the world and are known for their sustainable development.

But, the state of other beaches is abysmal.

How do these beaches get polluted in the first place?

First, is the broken window theory.  The theory applies to crime, but the bigger point I am trying to make is, if a place is dirty then the individual doesn’t think twice before dumping something there.

On the Auroville beach, there were plastic bottles inside the tetrapods which is just sheer ignorance and carelessness. With, food stalls, and vendors plastic waste significantly increases. The lack of dustbins also adds fire to the fuel.

Garbage on beaches impacts marine life/ecosystem. Fishes, sea turtles, birds, etc. eat this plastic or waste. Their stomach is filled with waste, which leads to suffocation, starvation, and even drowning.

Second is Fishing and Tourism

Fisherman use majorly uses two types of boats for fishing. First hand-powered, and second diesel-engine powered. Diesel engines used adultered fuel, which impacts not only marine life but also the fisherman themselves.

As per numerous research, the boat has chemicals which when fishing leaks into the ocean or sea, impacting marine. Continuous boating, recreational or occupational, decreases the quality of water.

For a region where fishing and tourism are the main sources of revenue, this has to be talked out.

Cleanliness as a norm

On one of these days, there was a cleanliness drive facilitated by the NCC chapter of Pondicherry. An environmental organization called ‘zero waste beach’, also organization such cleanliness drives. But, till when? This is like putting a bucket underneath the running tap, instead of turning it off. Someone, there is a need to inculcate the importance of cleanliness.

These drives and community work is encouraging and disheartening at the same time. One of the foreigners from Italy, you had to travel to India, asked me, ‘Why do Indian litter so much?’ And, I said no response. This is a question I have tried asking myself to avail. I have asked my friends, and they become defensive presenting crude responses.

There was a Twitter thread, stating how we should stop romanticizing India because it is mostly so dirty, and ugly. The nationalist inside us can become defensive, but there is some truth to it. I love visiting beaches, but how they are maintained, and managed is so underwhelming, to say the least.

A beautiful place like Pondicheery or any beach for that matter should be clean for the marine ecosystem to really flourish.