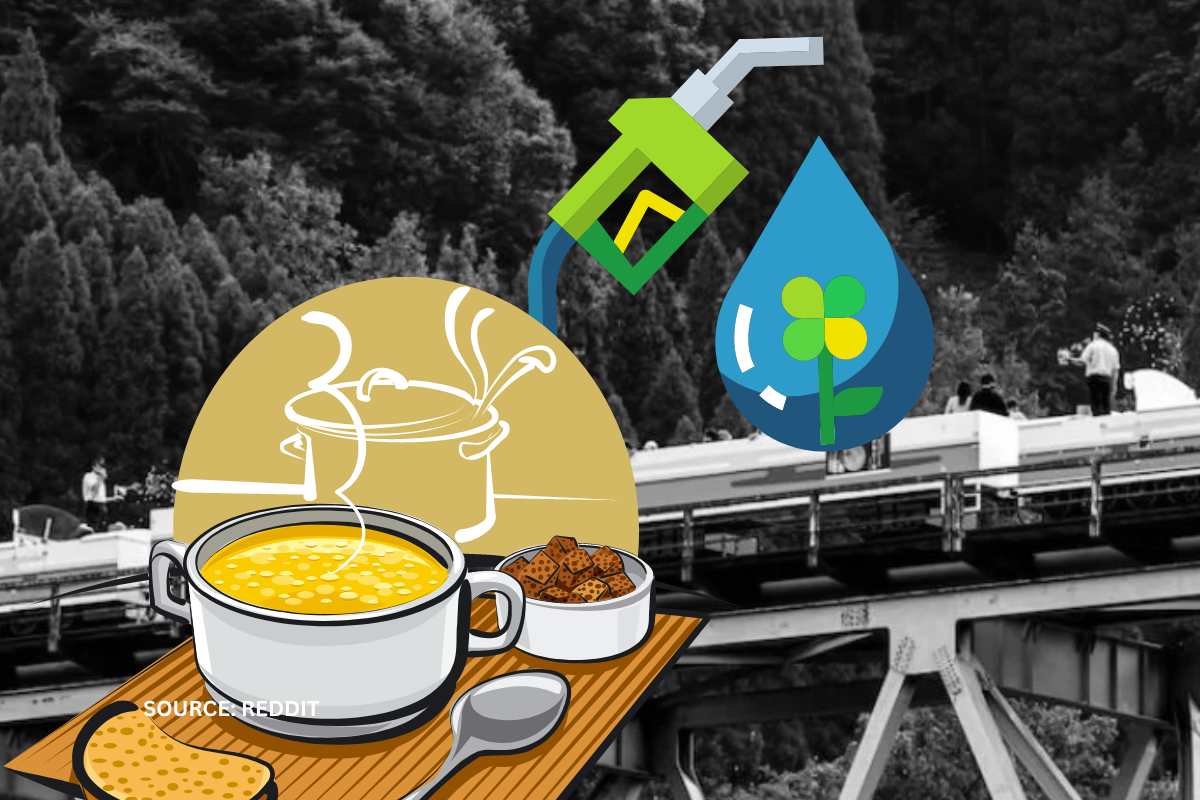 Takachiho is a town in Nishiusuki District in Japan and is a place of scenic beauty. According to Travel Japan, it is a land of river gorges, canyons, bawdy dance performances, and mythical shrines. In addition, it is best known for its picturesque Takachiho Gorge.

According to ANA Japan, the Takachiho Amaterasu Railway is a popular local train that takes passengers on a gorgeous 30-minute journey through the spectacular scenery of Takachiho. Additionally, the train is an open rooftop train. And, the passengers would often get a whiff of the exhaust fumes and endure it to experience the journey through Japan’s highest railway bridge.

In 2005, the operation of the former Takachiho Railway stopped due to the damages that were caused by a typhoon.

The company that has been rebuilding the train operations in collaboration with Nishida Logistics, recently announced that the railway was switched to running entirely on biodiesel made from leftover tonkatsu ramen broth.

As stated by the Asahi Shimbun, a Japanese newspaper publication, Nishida Shoun who is the head of Nishida Logistics was inspired several years ago by the then Prime Minister. The PM preferred biofuels made from sugarcane to a ‘green oil field’.

In 2013, Nishida started experimenting with soup samples to obtain biodiesel that can be combined with recycled fuel and can be used in automobiles.

Now, the Nishida-owned company produces about 3,000 liters of biodiesel daily at its plant.

According to the Mainichi, the railway company did test runs with the new fuel in mid-June 2022 and found that the engines ran smoothly with no black smoke or exhaust gas. Finally in August 2022, the full-scale operation of the train running on biodiesel made from cooking oil and fat extracted from ramen soup began.

As reported by the Global Development Research Centre, Japan throws away 19 million tons of food. Even though Japan does not top the list of the world’s worst offenders when it comes to food waste production, the volume of waste poses a severe threat to an island with limited area and its pursuit of sustainability.

Therefore, researchers have been finding innovative ways to use food waste such as trains running on leftover ramen soup(as above), concrete from dried food scraps, and making 3-D printing ink from coffee grounds, egg shells, and other items blended with resin.