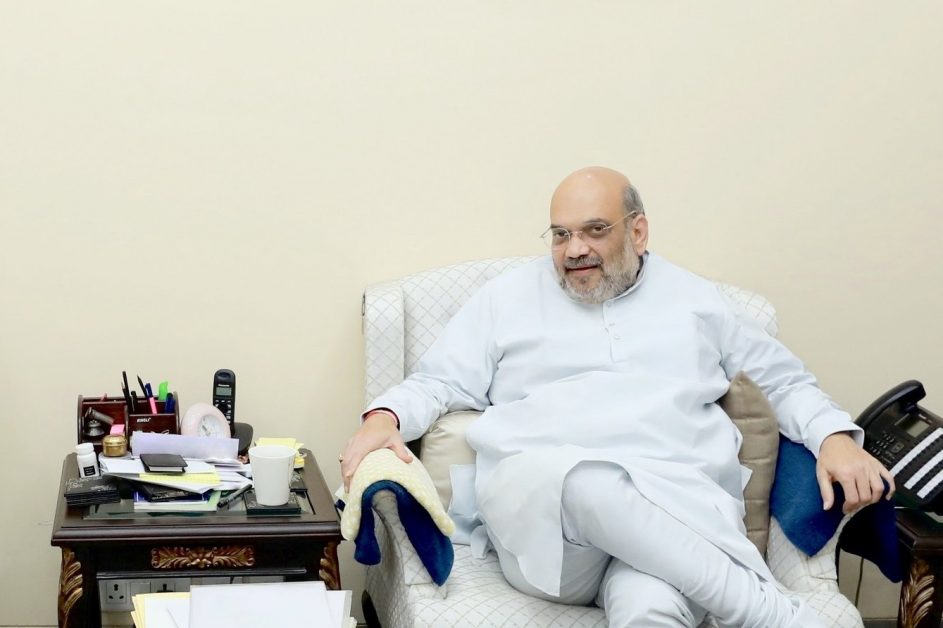 Union Home Minister Amit Shah yesterday said that Government will not take long to restore Statehood to Jammu and Kashmir which was converted into the Union Territory on August 5, 2019 and declared that there will be a wave of development there in next 5-6 months as Lieutenant Governor Manoj Sinha is taking development to grass-root level.

Responding to the situation created a year after the removal of Article 370 in Jammu and Kashmir, Union Home Minister Amit Shah said that law and order is normal in the Union Territory.

While the circumstances of the corona virus are very challenging. He said that Lt Governor Manoj Sinha will ensure that every last person reach development.

Shah said that Chidambaram’s statement should be repeated to Rahul ji and Sonia ji. Work is underway to give full statehood status to Jammu and Kashmir. Along with development, this is also being seen.

Actually, the issue of Article 370 is hotly contested in Bihar elections. P Chidambaram had said in a statement that the unconstitutional decision of the Modi government on 5 August 2019 should be rescinded.

When asked about the alleged gang rape and death of a girl in Hathras, Uttar Pradesh, the Home Minister accused the opposition of doing politics and said that all the accused were arrested on the day of the incident, CBI investigation is going on.

He said, ‘Rape took place in Hathras and similar incident happened in Rajasthan. But politics remained limited to Hathras only. No one raised the subject of Rajasthan, Shah said in an interview to CNN News 18 Network.

The accused in the Hathras case were arrested on the same day. A committee was formed to investigate. CBI is also investigating. There should be no politics on this.

Every nation is always ready (for war). That’s the purpose of maintaining armies to respond to any form of aggression. I am not saying this in reference to any particular comments, but India’s defence forces are always ready,” the Home Minister said.

Shah attacked former Congress president Rahul Gandhi and Congress over China. He said that he does not have any data about China. They talk without head and torso. At least the Congress does not have the right to speak.

In his time, China has grabbed so much of India’s land. Once, keep this account in front of the people of India. I am talking about 1962. Congress had a government. His great grandfather was the Prime Minister.

“Truth and most of countries in world are with us,” he asserted and said the country is working on three fronts to give reply to China including diplomatic, talks and Army.

“We are vigilant for every inch of our land. No one can take it away. Our defence forces and leadership are capable of defending the country’s border,” he said