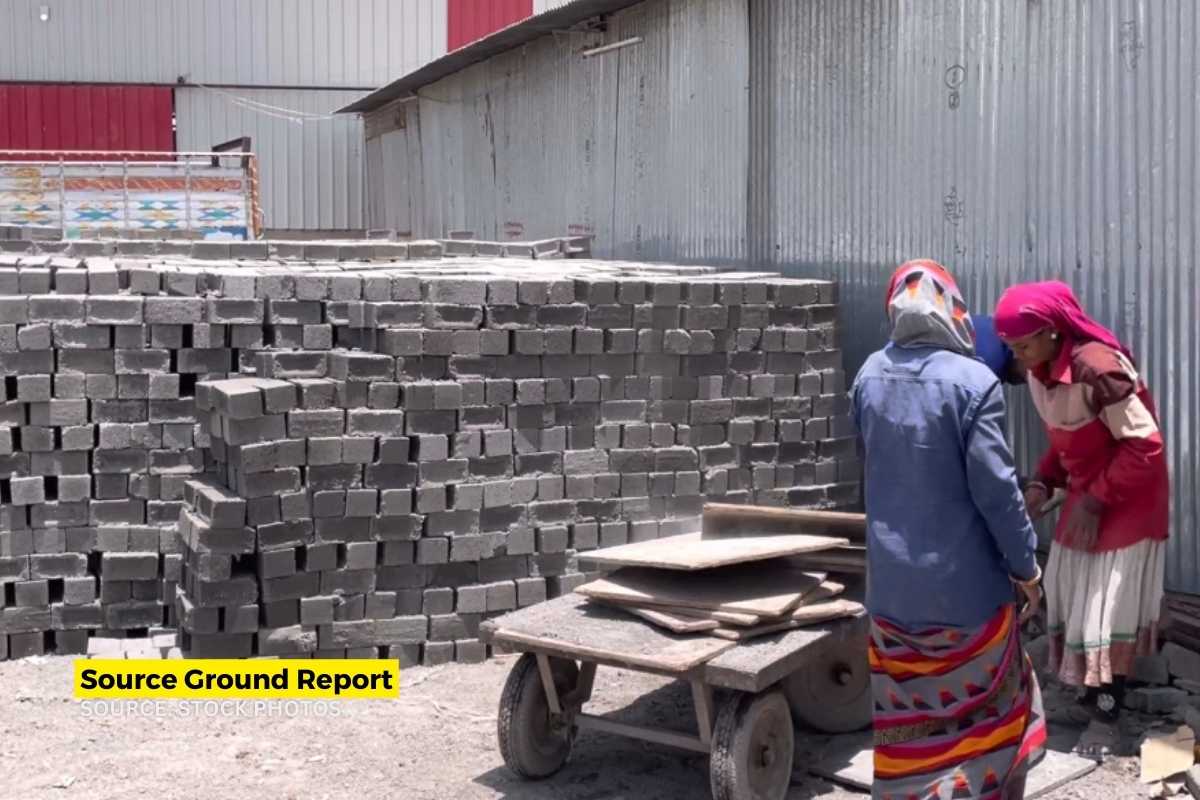 Fly ash bricks case study: Man constructed houses to guard himself against extreme weather. The design of houses kept changing with time. The modern designs of houses are harming the environment. Building materials that we are using nowadays are major carbon emitters.

Mahendra Singh Bains, who makes bricks from fly ash in Sehore city of Madhya Pradesh, says that brick is the most important material in building construction and that the traditional bricks made of mud harm the environment a lot. That’s why he has set up a fly-ash brick plant in Sehore city. He says “this is a new business, and its trend will increase in the future.”

Actually, fly-ash bricks are made up of 55% fly ash, 35% sand, and 10% cement. These can be used extensively in all building construction activities similar to common mud bricks, and have better properties than mud bricks. The special thing is that it is prepared from a waste product coming out of Industries and thermal power plants. There is less damage to the environment in its making process than red bricks.

Red bricks are made in kilns, in which large quantities of coal and wood are used to prepare them. The smoke coming out of it harms the environment.

Mahendra Singh Bains says that “the government has given instructions to install fly ash bricks in all government buildings. But its demand in private houses is still low because people do not have much faith in bricks made of fly ash. They think that these bricks are not good as compared to traditional bricks, which is just a myth.”

He added that “plaster comes evenly in fly ash brick, it does not require watering, and there is no complaint of dampness in the walls made of it. If we talk about the price, then it is 1-2 rupees cheaper than the traditional brick. But because people in India build their houses only once, they don’t want to experiment with building materials.”

92% of India’s thermal power plants run on Indian coal, which emits a lot of ash as compared to imported coal. Indian coal has 30-45% ash content. This untreated ash released from the thermal power plant has a bad effect on the health of the people living nearby. This pollutes air and water. Therefore it is very important to dispose of this ash properly.

The government is promoting its use as a construction material so that maximum ash can be reused and pollution caused by it can be prevented.

The government has mandated all government, semi-government and private entities engaged in construction activities such as road construction, flyovers, etc., in a radius of 300 km from TPPs, to utilize fly ash in their construction. TPPs have to bear the cost of delivery and transportation of fly ash to project sites.