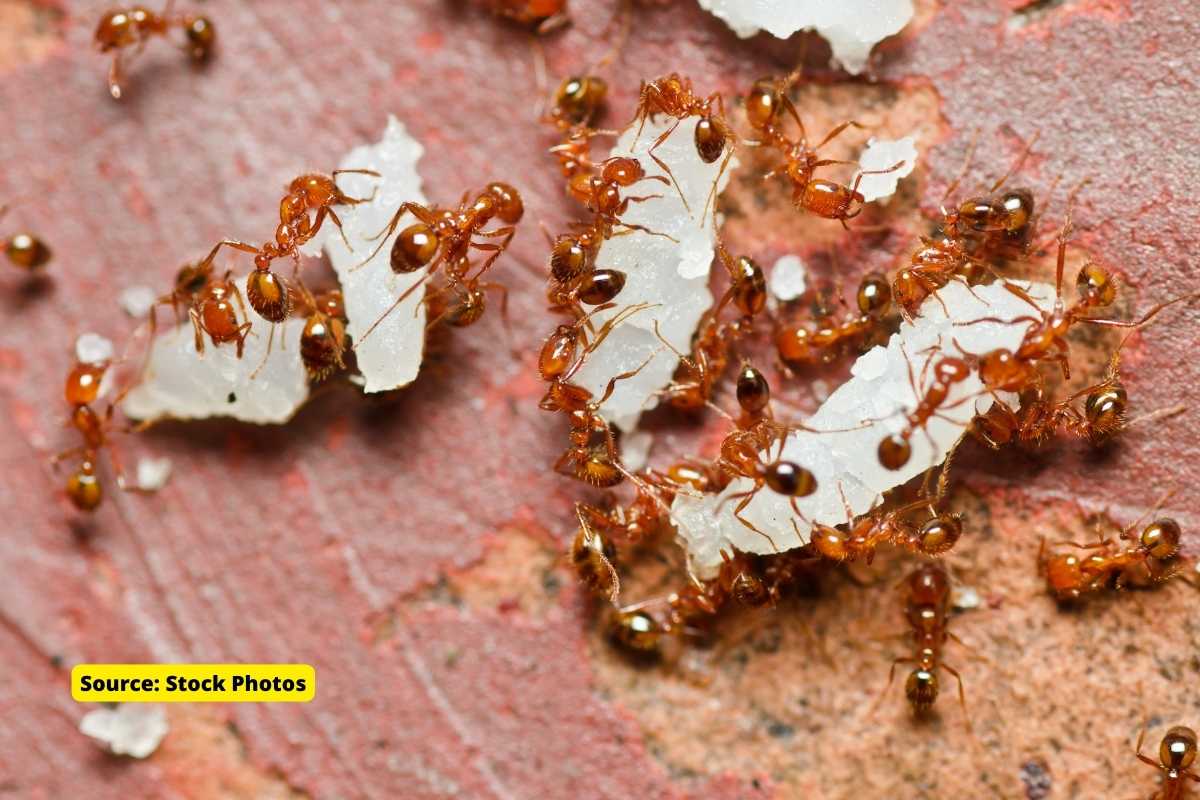 A new problem has arisen after flood waters receded in Brahmansahi village under Puri district of Odisha. Fire ants have attacked the whole village. The situation is such that some people have started leaving the village. Ants are attacking not only humans but also the animals of the villagers. Villagers say that floods used to come earlier also but they have never seen such a thing before.

Lakhs of red and fire ants have entered the Brahmansahi village of Chandradeipur panchayat after the flood waters receded. According to the news of PTI, the district administration in the village with the help of scientists from Odisha’s Agricultural University has conducted an operation in the village to find out where the ants are coming from.

A swarm of ants has occupied every corner of the village. Villagers have to draw a line with pesticides around them to sit. It has become difficult for children to study. Along with houses, ants have also occupied fields and trees. Life in this village has been disturbed by the attack of ants.

Domestic animals are also troubled by the attack of ants. People are complaining of swelling and irritation in the skin due to the bites of ants. Till now no villager has been admitted to hospital because of this. 3 families have migrated from this village of 100 families. They have gone to their relatives’ houses to avoid the ants.

Senior OUAT scientist Sanjay Mohanty told PTI that this village is surrounded by the river and bushy forest. These ants lived on the banks of the river. Their habitats have been ruined due to the flood, due to which they have entered the village. This is a new phenomenon for the villagers. But earlier in 2013 a similar incident took place in Danda village of Sadar block.

However, we are trying to find out where these ants are coming from. As soon as that place is detected, the pesticide will be sprayed there. Our main objective is to find the Queen Ant. Queen ants are responsible for massive red and fire ant outbursts. The samples of ants have been sent to the laboratory so that more information can be collected about their behavior.

Why are insects disappearing; Can we survive without them?