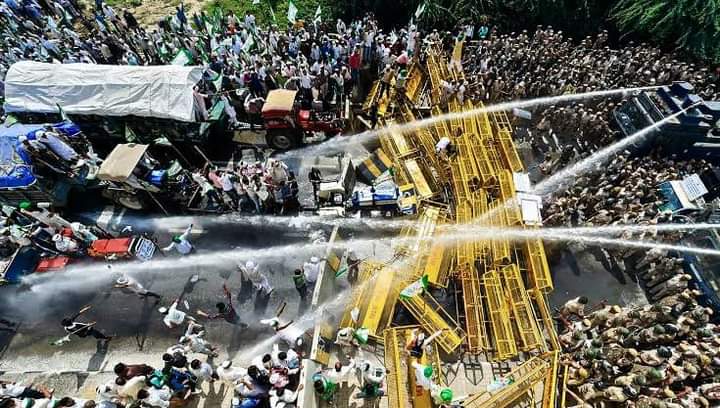 The farmers, who are opposing the new agricultural laws of the central government, have questioned why the administration is asking them to go to the Nirankari Maidan of Burari.

According to the news agency ANI, Rakesh Tikait, spokesperson of the Bharatiya Kisan Union, which is protesting near the Delhi-Ghaziabad border, said on Sunday, “If the protests take place at Ramlila Maidan then why should we go to Nirankari Bhavan in Burari which is a private place.”

Earlier, Union Home Minister Amit Shah had appealed to the farmers’ organizations to go to Nirankari Samagam Maidan to protest. He had said that the government is ready to talk to the farmers on December 3.

Meanwhile, in view of increasing number of farmers, a large number of security forces have been deployed on the Delhi Haryana border.

The three laws that the farmers are opposing are –

Farmers’ organizations have alleged that with the new law, the agricultural sector will also go into the hands of the capitalists or corporate houses and farmers will be damaged.

Along with the amendment of the Essential Commodities Act in the three new Bills, there is talk of promoting contract farming and at the same time the law has been amended for the State Agricultural Produce and Livestock Market Committees.

The protesters fear that the FCI will no longer be able to buy from state mandis, causing a loss of around 2.5% to agents and commissioners. Also, the state will lose its six percent commission, which it has been putting on the purchase of the agency.