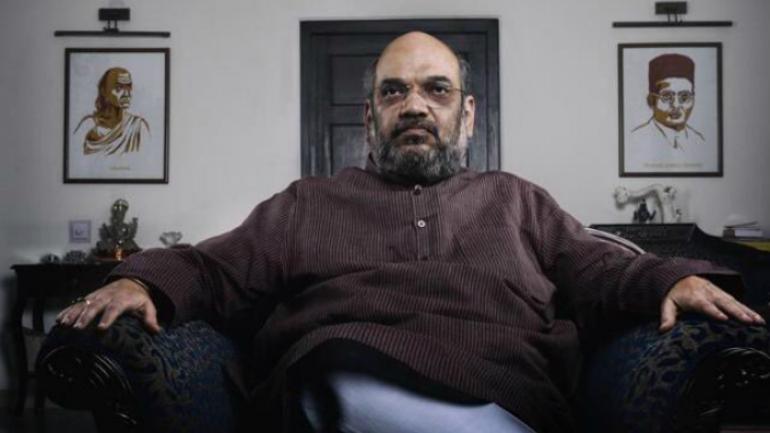 Union Home Minister Amit Shah, who arrived on a two-day tour of West Bengal, on Sunday appealed for ‘Ashol Parivartan’ in the state on the lines of Prime Minister Narendra Modi.

After a road show in support of BJP candidate Hiranmay Chatterjee in Kharagpur in western Medinipur, Shah said that on the question of journalists, the Kisan agitation would not have any impact on the West Bengal elections.

He was asked that the farmer leaders are appealing here not to vote for the BJP. How much impact will this have on the election.

Amit Shah said in his reply that this time BJP will form government in the state by winning more than two hundred seats.

In his brief speech at the end of the road show, he said, “The atmosphere of change in the state is ready.” The crowd gathering in the roadshow is the proof of this. “

Also Read:  What is the religion of Amit Shah?

On a question asked about Mamta’s injury, she wished the Chief Minister to get well soon.

State BJP president Dilip Ghosh won from here for the first time in the year 2016. Prior to this, Gyan Singh Sohanpal of Congress had won seven times in a row.

In the 2019 Lok Sabha elections also, Dilip Ghosh won Medinipur seat of the district. But TMC won this seat in the by-election in Kharagpur seat that same year.

After the road show, Shah also held a meeting with local BJP leaders. On Monday, he will go to Jhargram and Bankura by helicopter and address two rallies there. After returning to Kolkata from there, he will go to Assam.