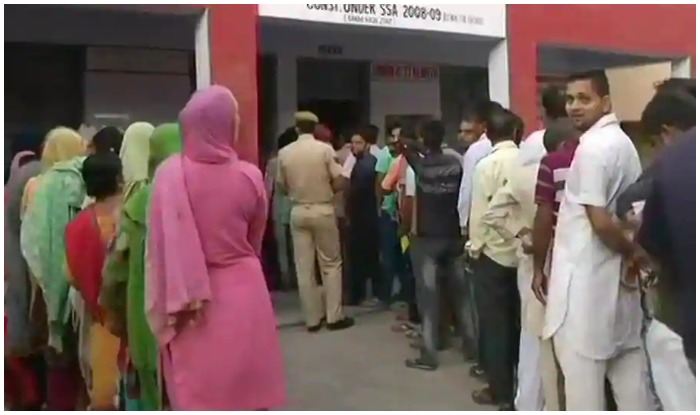 Polling to take place through EVMs, polling hours 7 am to 2 pm, Counting on Dec 22

He also said that elections for the vacant seats of sarpanchs and panchs and Urban Local Bodies (ULBs) will also be held simultaneously with the DDC Polls.

Addressing a press conference in Jammu, State Election Commissioner Sharma said that first ever elections for the DDC’s will be held from November 28 in phases which will conclude on December 22.

“With the DDC polls, by elections for the vacant sarpanch and panchayat seats will also take place simultaneously,” Sharma told reporters.

He said that polling will take place through Electronic Voting Machines (EVMs) while as postal ballots will be available for Covid-19 patients in isolation, senior citizens and physically unwell patients.

He said that electoral rolls used in Sarpanch and Panch elections that have been updated on January 1, 2020, will be used for the DDC polls. “With the announcement of DDC polls, model code of conduct is in vogue from today onwards.

The first formal notification for the first phase of elections will be issued tomorrow,” Sharma said. Pertinently, the State Election Commissions was constituted recently. KK Sharma, who was advisor to LG Manoj Sinha, and was appointed first Election Commissioner of State EC.

He said delimitation has been done for the constituencies and 280 DDCs have been identified across the J&K UT. “The term of the DDC will be for five years,” Sharma said as per KNO. He said that West Pakistan Refugees (WPRs) will also be entitled to exercise their right to vote for the first time.

“Each DDC in J & K has 14 constituencies,” Sharma said. He said that while conducting the elections, Covid-19 protocol will be followed in spirit.

He said that polls will also be held subsequently for 228 vacant seats of ULBs. The State Election Commission said that after taking the feedback from various security agencies, a proper security mechanism will remain in place and “all concerns have been taken into consideration.”

He said that expenditure limit for the DDC polls per candidate is Rs 5 lakh, one lakh for Sarpanch seat and Rs 50,000 for Panch seat.