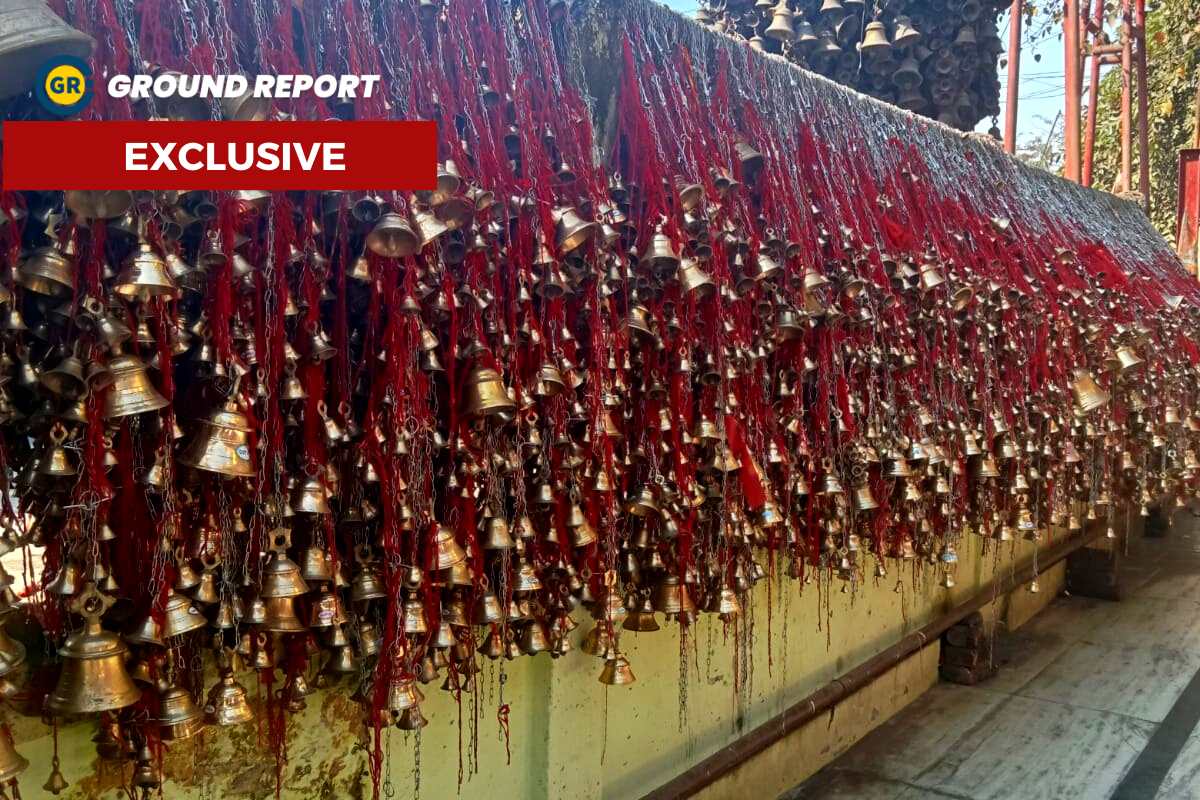 Tilinga Mandir Discarded bells: While entering any Hindu temple, ringing the bells is a must as it is believed to ward off evil spirits. According to the Science behind Indian Culture Org, the scientific reason is that a bell’s ring clears our mind and helps us to stay sharp. Furthermore, keep our full concentration on devotional purposes.

Read more: Scientific Reason behind Why there are “Bells” In Temples

A temple bell is made up of a mixture of various heavy metals such as lead, iron, mercury, copper, cadmium, and zinc.

Although, there is no such case of environmental impacts from temple bells. There is a unique case at the Tilinga Mandir (Tilinga meaning bells) in Tinsukia, Assam. Here, there are heaps and heaps of bells varying in size from 50gm to 55kg. It is believed that tying a bell in this temple fulfills your wishes.

Environmental concerns on heavy metal leaching from the bells

The Peepal tree where all the bells were tied could not take the load of all these heavy bells and started to die. So in order to conserve the sacred tree, environmental activists had to step in. From then on iron bars have been erected for tying bells. Another concern for the environment is the thousands of bells lying in the corners of the temple forming metal mountains.

Research has also shown that while few metals such as Iron, Copper, Zinc, etc are required for biological functions, constant exposure to these metals can lead to bioaccumulation in the body.

Lead is extremely toxic and shows toxicity to the nervous system, kidneys, and reproductive system. Its continuous exposure can lead to kidney damage. In addition, can also be toxic to aquatic organisms at very low concentrations. Higher levels of zinc may cause anemia and gastrointestinal problems. While copper is essential for organ functions and is required in limited amounts. But, long exposure to copper can accumulate and build up in the brain, liver, and lungs. This can lead to kidney failure and the risk of infection due to the lowered immune system.

While claiming soil and water pollution from these heaps of bells seems far-fetched, the probability is not zero.