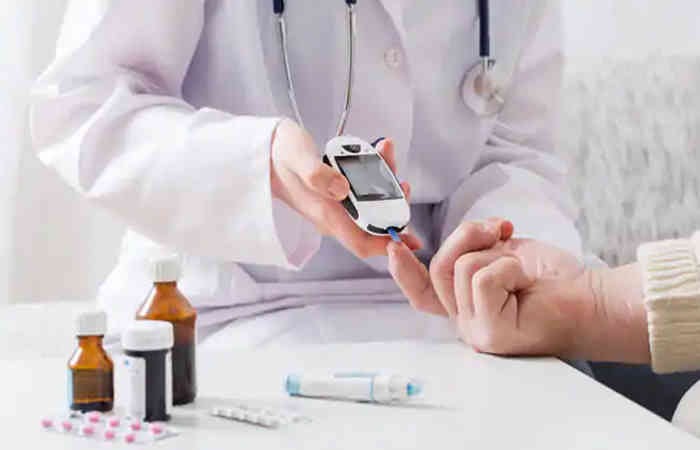 Ground Report | New Delhi: Diabetes likely to increase; The estimated number of diabetic patients in the age group of 20 to 79 years is 742 lakh in the year 2021. In the Lok Sabha, Union Health and Family Welfare Minister Mansukh Mandaviya said that in the year 2045, it is estimated to increase to  124.8 million.

As per the data presented in Lok Sabha, 340 workers were identified as suffering from Silicosis/Pneumoconiosis in the last 10 years, State-wise/Union Territory-wise, Region-wise as of 08 March 2018. Health and Family Welfare Minister Mansukh Mandaviya also said that 197 workers had died of silicosis during the last 10 years till 08 March 2018.

The Expert Committee on Tribal Health in its report has said that tribal people face one-third of the burden of diseases. The burden of communicable diseases is high among these diseases. It is mainly those that are often referred to as diseases occurring in poverty and underdeveloped people, including malaria and tuberculosis, this was stated by Bharti Praveen Pawar, Minister of State in the Ministry of Health and Family Welfare in the Lok Sabha.

Diseases include malaria and tuberculosis. According to the minister, the prevalence of non-communicable diseases such as cancer, hypertension, and diabetes have also increased due to rapid urbanisation, environmental crisis, and changing lifestyles. (Diabetes likely to increase)

Accordingly, it cannot be said that dengue cases are increasing in the country, the minister told the Lok Sabha. Pawar said dengue and malaria cases are reported in the monsoon and post-monsoon period and decline with the onset of winter.

Pawar said that Kerala, Maharashtra and Uttar Pradesh have recorded Zika outbreaks in 2021 with 83, 1 and 149 cases respectively till November 27, 2021. “The government has sent central teams to all these states to initiate containment and preventive measures,” he said.