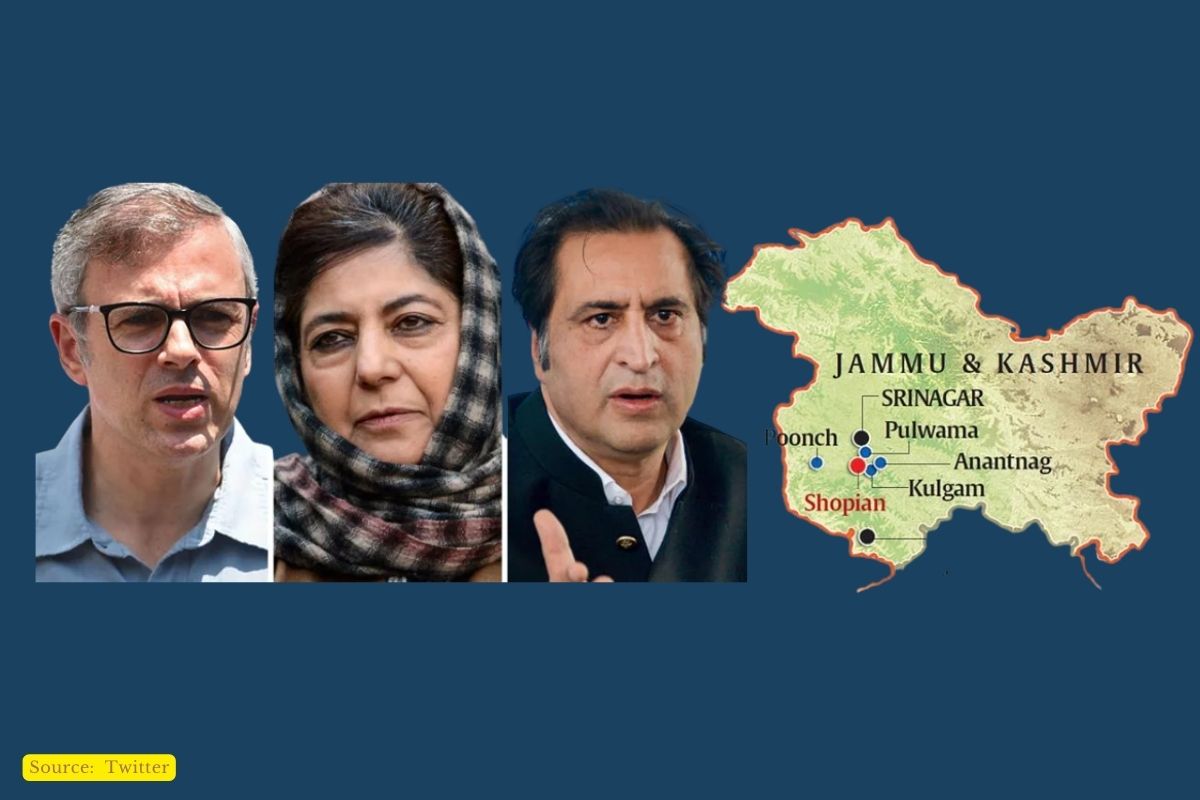 The Election Commission has issued a notification regarding the assembly and Lok Sabha seats after the report of the Delimitation Commission constituted on Jammu and Kashmir.

Of the 90 seats in the assembly, seven will be reserved for the Scheduled Castes (SCs) and Scheduled Tribes (STs). There will be five seats in the parliament – Baramulla, Srinagar, Anantnag-Rajouri, Udhampur and Jammu. “We have ensured that constituencies are limited to one constituency, as constituencies used to be divided into several constituencies. This commission was formed by the government in March 2020.

Regional political parties in Jammu and Kashmir oppose it and have now questioned the commission’s recommendations. He called it an attempt at the powerlessness of the state and a violation of the Constitution.

The commission noted that most of the statements about changing the names of the proposed constituencies were accepted by it, given the public sentiment involved.

The Delimitation Commission recommended an increase of seven seats. There were 37 to 43 seats in Jammu and 46 to 47 seats in Kashmir.

In addition, for the first time, nine meeting places were also reserved for the planned tribes. These include Rajouri, Budhal, Tana Mandi, Surankote, Punch Haveli, Mendhar, Kokernag, Gurez and Gulbarga. Prior to the formation of the union territory, there was no such provision. Especially for Gujjar and Bakarwal migrants.

Speaking of places in Lok Sabha, the commission changed the boundaries of Anantnag and Jammu. The Pir Panjal region in Jammu was connected to the Anantnag site in Kashmir. Punch and Rajouri districts are located in Pir Panjali. In addition, the Shiite-dominated area of ​​the Srinagar parliamentary constituency has also been relocated to the Baramulla constituency in the Valley.

The commission recommended that at least two members of the Kashmiri migrant community (Kashmiri Hindus) be involved in the assembly. This recommendation was made to help ensure their representation and political rights regarding the persecution they face.

The Commission also recommended that the Center consider providing representation in the Jammu and Kashmir Legislative Assembly to displaced people from Pakistan-led Kashmir who migrated to Jammu after the partition. This can be done by nominating nominations.

If Kashmiri pandits run for office, there should be a woman among them. They can be given the right to vote in parliament.

The commission does not have the authority to reserve seats for Kashmiri pandits or those who have been transferred from the PAK. However, the 2019 Reorganization Act gives the Commission for the Delimitation of Powers to Reserve Places for Planned Tribes.

But the commission’s recommendation gave hope to Kashmiri pandits. The community has also approached the Ministry of the Interior and the Prime Minister’s Office. He wanted to change the Law on Reorganization.

Both the People’s Democratic Party (PDP) and the People’s Conference called the report an attempt to “disenfranchise” the Kashmiri people. Is examining the “implications” of

PDP chief Mehbooba Mufti told The Indian Express, “We completely reject it. The Delimitation Commission has ignored the basis of population and acted as per their wish. His recommendations are a part of abrogation of Article 370… how to make people powerless in Jammu and Kashmir.”

He said, “PDP has been saying from day one that the Delimitation Commission is working on the agenda of the BJP to disqualify people from a particular community and region. The Government of India has once again trampled upon the Constitution of this country by converting the electoral majority into a minority.

National Conference’s chief spokesperson Tanveer Sadiq told the newspaper, “We have seen the final recommendations of the Delimitation Commission. We are studying these recommendations, each constituency-wise. Any kind of forgery cannot change the ground reality that whenever elections are held, voters will punish the BJP and its allies for what they have done in the last four years.

Sajjad Lone of the People’s Conference said that once again the past has been repeated and Kashmir has been treated impartially. Congress leader and former Union Minister Saifuddin Suzanne said the people of Kashmir were already guessing that the Centre’s intentions were not right. The commission has added only one seat in Kashmir which is totally wrong and unfair.

The Bharatiya Janata Party, however, called the report “historic”. The BJP said the new delimitation would open the door to equal political representation and development in all sectors.