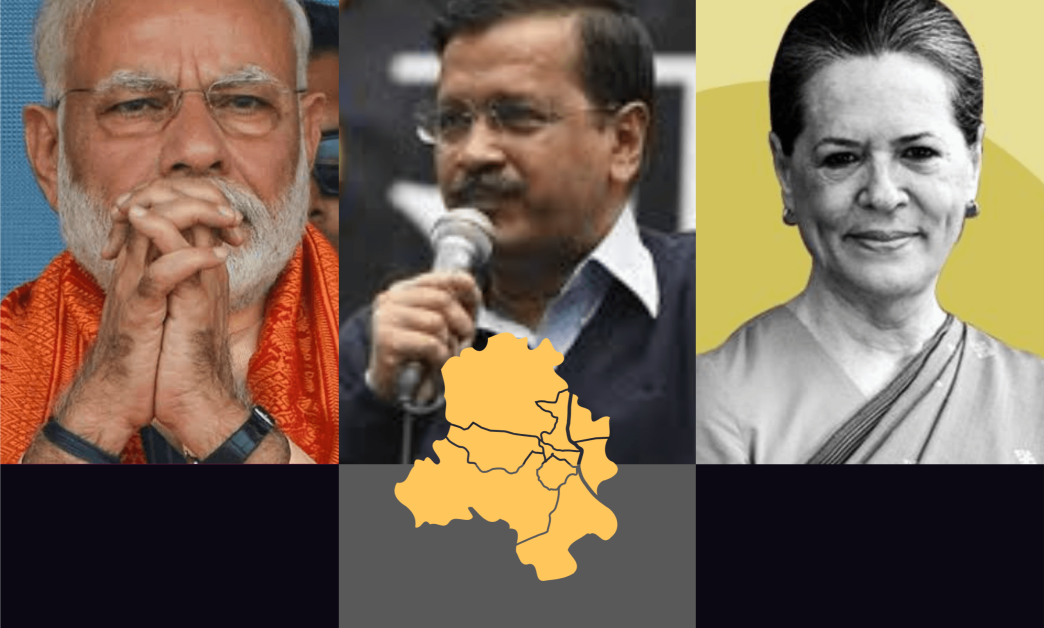 Ground Report, News Desk: The counting for Delhi Assembly elections began at 8 am on Tuesday.
“Trends indicate that there is a gap between AAP-BJP, there is still time. We are hopeful. Whatever the outcome, being the State Chief I am responsible,” said Delhi BJP chief Manoj Tiwari.

Brahm Singh (Okhla): At 11 am, Singh was leading against AAP’s Khan Brahm Singh of BJP is contesting against Amanatullah Khan of Congress in Okhla, the constituency which contains Shaheen Bagh, the epicentre of anti-Citizenship Amendment Act (CAA) protest in the national capital.

Sunil Yadav (New Delhi): Arvind Kejriwal leads with 11,308 votes, Yadav at 4909.
Sunil Yadav is a key candidate not his position as the president of BJP’s youth wing Bharatiya Janata Yuva Morcha, but the fact that he is contesting against Delhi CM Arvind Kejriwal.

Vijender Gupta (Rohini): Trails with 12,469 votes against AAP’s Bansiwala’s 13,464.
Vijender Gupta, the sitting MLA of BJP has been fielded from Rohini. The Leader of Opposition in the Delhi Assembly, Gupta is one of the three candidates of BJP to have won in 2015. Gupta is contesting against AAP’s Rajesh Nama Bansiwala.

Ravinder Gupta (Matia Mahal): Shoab Iqbal takes the decisive lead with 15707 votes vs Gupta’s 8195. The Matia Mahal constituency candidate of the BJP is contesting against Shoaib Iqbal of AAP and Mirza Javed Ali of the Congress party.