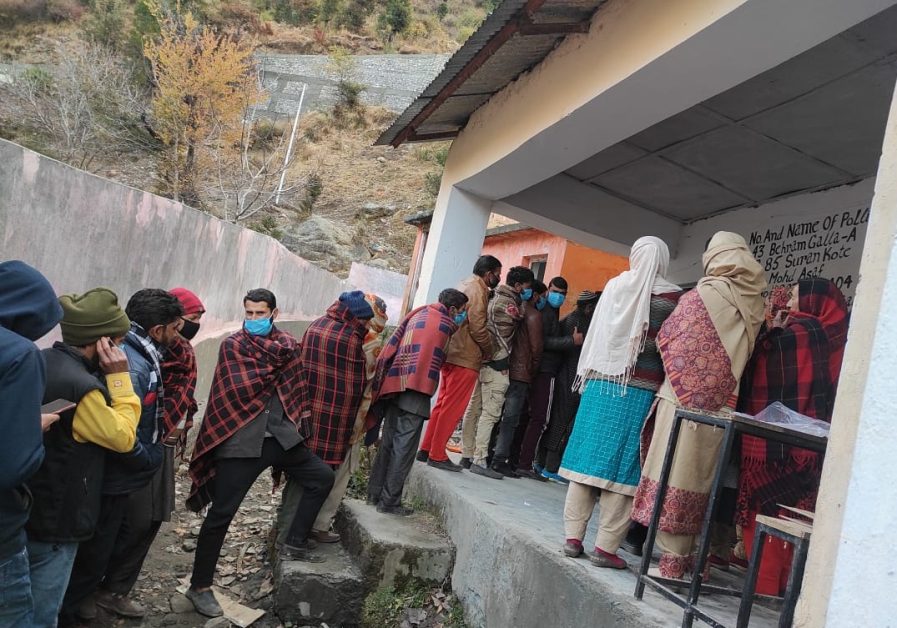 Refugees from Pakistan: During the voting on Saturday for the election of the District Development Council and Panchayat by-election in Jammu and Kashmir, there was huge enthusiasm among the people at the polling stations.

Sujati Bharti, a woman from West Pakistan refugee community standing outside a polling station in Kot Ghari in Akhnoor block on the outskirts of Jammu, said, ‘We have heard words like equality, justice and freedom and today we feel the real meaning of these words are doing.’

She thanked govt for the decision to remove special status and said that people in his community are exercising their franchise in local elections after 70 years.

Bharti said she felt free to queue as a permanent resident. She said justice was finally found after a seven-decade-long struggle. Except for parliamentary elections, these refugees were deprived of voting in assembly, panchayat and urban local body elections in Jammu and Kashmir till last year.

Devadasi system in India: Kissing in temple is wrong but prostitution is right

Another voter, Bishan Das (67), said he does not want to miss the past but hopes for a bright future in which his grandchildren, grandchildren can find jobs without going out. He said, ‘We became strong.

Earlier no one used to come to us to ask for votes. Today, every candidate came to the door thrice. ‘ Most of the refugees from Pakistan who came from Pakistan after partition settled in RS Pura, Akhnoor, Samba, Hiranagar and Jammu. There are more than 1.5 lakh refugees in this union territory.

Leaders of West Pakistan refugees and Valmikis told news agency Kashmir News Observer that they were very much happy after casting their votes for the first time as they got a chance to choose their representative for the first time after 1947 in the form of District Development Council (DDC) polls.

Gharav Bhati, leader of Valmiki Samaj said that they weren’t able to go before any leader, to seek redressal of their day to day issues as there was none to listen to their grievances.

After this, the government implemented many laws, including laws related to land and citizenship. After the abolition of most of the provisions of Article 370, refugees, Valmiki and Gurkha community members from West Pakistan are now eligible to vote in local elections in Jammu and Kashmir, buy land and apply for jobs. They can also contest elections.