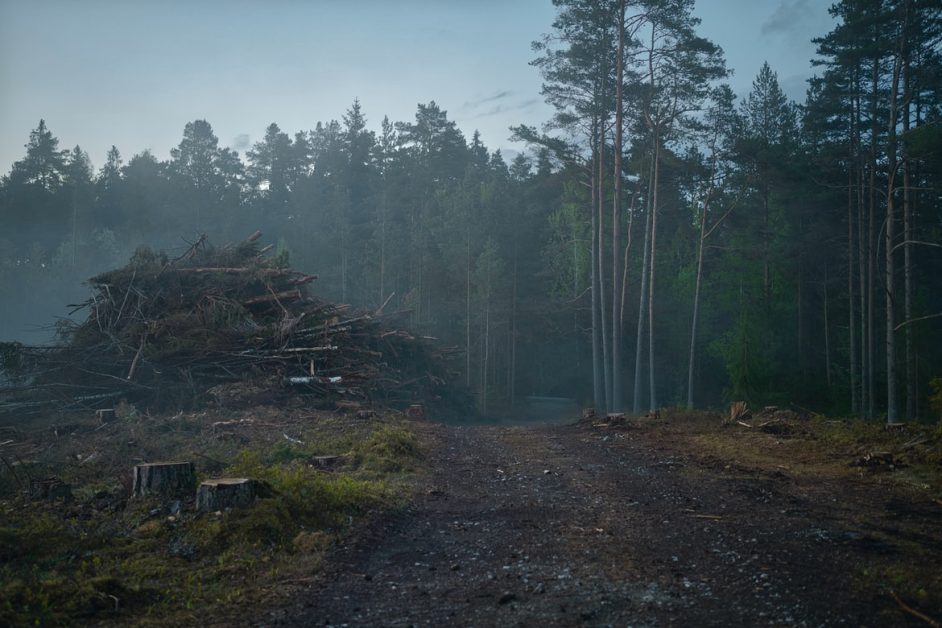 Ground Report | New Delhi: World leaders to end deforestation; The Plenary of global leaders directly responsible for 70% of the annual emissions of CO 2 into the atmosphere has launched several strong messages on climate action at the opening of COP26 in Glasgow. However, this forcefulness in the general discourse does not hide important substantive divergences, especially in this edition where the word “financing” is being heard more strongly than ever.

This year’s COP is placing special emphasis on the need to mobilize both private and public capital to finance the costly investments necessary to meet the climate change and energy transition goals set at both the recent G-20 in Glasgow.

This is the need for the Canadian and German proposal to create a $ 100 billion fund as a financial instrument to undertake investments in mobility, energy, infrastructure, and business change. But also the very British initiative announced by Prime Minister Boris Johnson to allocate 3 billion pounds sterling for “green” investments in developing countries.

In this sense, this initiative seeks to give effective aid to countries that cannot afford Western standards (especially, decisions in the form of resignations and structural costs that must be taken). But the most important thing is to seek to reduce the growing unfair competition of products (especially food and energy) from emerging and developing countries, which are competitively more attractive at the border than European or British products that are subject to regulations increasingly stringent social and environmental issues.

Precisely this asymmetry around climate rules and their practical application has been the most important axis of the speech of the UN Secretary-General, António Guterres, who has emphasized homogenizing decarbonization efforts since at this time the rules are different according to the countries and according to the geographical areas. The concrete example of the price of carbon emissions has shown to what extent an unequal effort endangers the fulfillment of the goals set in the Paris Agreement of 2015, insisting on the almost already sacred goal of 1.5ºC. (World leaders to end deforestation)

India most likely to be affected by climate change

The head of the UN has been especially harsh in criticizing the lack of concrete actions to stop global warming. “ It is time to say enough. Enough of brutalizing biodiversity, enough of killing ourselves with carbon, enough of treating nature as a latrine (…) and digging our own grave, ”said Guterres during the inauguration ceremony. “Although the recent promises are real and credible, and there are serious doubts about some of them, we are still approaching a catastrophe. On the best scenario, temperatures will rise well above 2 ºC ”, he added, noting that there is“ a credibility deficit and a surplus of confusion regarding the reduction of emissions, with different objectives and different metrics ”.

Skepticism among some leaders

Despite these words from Guterres, and even with the message from plenary chair Alok Sharma more pessimistic about the worsening of the global warming process, skepticism in some of the leaders present at COP26 has not been reduced. This is the case of Prime Minister Narendra Modi, who believes it is impossible to achieve climate neutrality by 2050. Thought shared by other leaders who find it very difficult to combine an inflationary scenario with the application of even more restrictive supply policies that entail a reflation of the most basic products, with obvious implications for poverty.

The current inflationary escalation threatens to postpone some of the fundamental objectives of climate change since it is necessary to act in the short term to avoid power cuts or shortages in the supply of raw materials, both energy, and food. It is not surprising that some of the most active countries at the beginning of negotiations such as Germany do not have the slightest interest in giving up coal to mitigate their enormous dependence on Russian gas.

The same occurs with Russia itself, which has announced that it allocates 2% of its GDP to “green” investments, classified by itself as such, but that if they were subject to the same rules as those that the European Commission is designing ( Sustainable Finance Taxonomy ) it would be very difficult to defend as “green”.

Addressing each productive sector, incorporating those that now do not participate in carbon credit mechanisms, is one of the elements that will be developed in the coming days. Obviously, this implies an increase in costs in sectors such as transport or building, among others. It will be necessary to contemplate all the available resources, including a deep reflection on the water, which apparently is barely present on the official agenda but which will emerge in the coming days as a key issue.

Finally, the role of two former Central Bank governors in this COP26 is notable: on the one hand, the current Italian Prime Minister Mario Draghi (former Governor of the European Central Bank), who has stressed that money is not a problem. However, this will depend on the indebtedness remaining almost unlimited as it has been until now in recent years due to policies such as those that he himself put in place during the time he presided over the ECB.

And, on the other hand, the former governor of the Bank of England and Canada, Mark Carney, appointed financial advisor to the Summit, who insists on the establishment of common criteria in terms of sustainable finance (what is considered ‘sustainable’ and what is not an investment).

Financial entities, large institutional investors, and investment fund managers will feel greater pressure after this COP26 to make more financing available, but without having previously established a standardization of standards and a unification of criteria of what is “sustainable” and what is not. In the European case, there is a risk that some clean investments remain outside the final definition, such as water treatment for agricultural purposes, primary biomass of forest origin, or nuclear energy, among others.