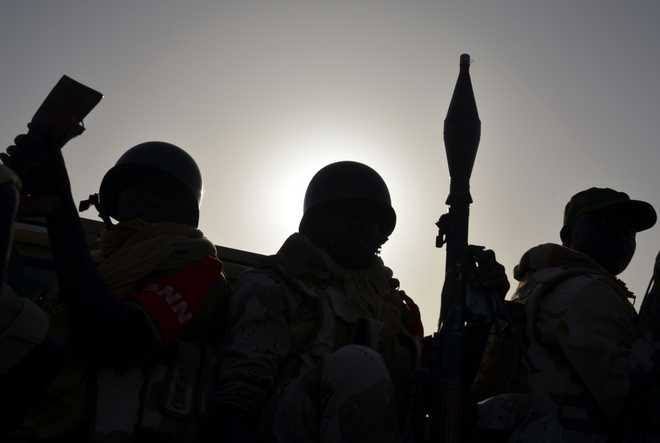 The Centre, on Tuesday, designated 18 Pakistan-based militants or associates as ‘individual militants’, including those involved in the 1993 Mumbai serial blasts, the 26/11 Mumbai attack, the 2019 Pulwama bombing, the 2016 Pathankot IAF base attack, the 1999 IC-814 Indian Airlines hijacking, Indian Mujahideen attacks, and  incidents in Jammu and Kashmir over the years, people familiar with the development said.

Among those declared as ‘individual militants, under the amended Unlawful Activities Prevention Act (UAPA) that allows the seizure of properties of these persons, are Pakistan spy agency Inter-Services Intelligence (ISI) asset Sajid Mir, who monitored the 26/11 Mumbai attacks from a control room in KarachiKarachi.

In September 2019, Masood Azhar, Hafiz Saeed, Dawood Ibrahim and Zaki-ur-Rehman Lakhvi were declared ‘individual militants’ while nine Khalistani militants, including the US-based head of Sikhs For Justice Gurpatwant Singh, were designated so in July this year.

Ministry of home affairs (MHA) on Tuesday, “Under the strong and iron-willed leadership of Prime Minister Narendra Modi, the Central government had amended the Unlawful Activities (Prevention) Act, 1967 in August 2019, to include the provision of designating an individual as a militant. Prior to this amendment, only organisations could be designated as militant organisations. Union Home Minister Amit Shah has unequivocally reaffirmed the nation’s resolve to fight militantcy.”

“Reinforcing the commitment of strengthening national security and its policy of zero tolerance to militancy, the Modi government today [Tuesday] has declared the following eighteen more individuals as designated militants,” it said.

While Mir is the main accused in the 26/11 attacks, Abdul Rauf Asghar, allegedly on the directions of the Pakistan army and ISI, has carried out multiple attacks on Indian security forces in the last few years, including in Pathankot and Pulwama, as well as on Parliament on December 13, 2001.

The 2005 suicide attack on Task Force office in Hyderabad Farhatullah Ghori alias Abu Sufiyan; Ibrahim Athar, Masood Azhar’s cousin who was involved in the hijacking of the Indian Airlines Flight No. lC-814 on December 24, 1999 (the Kandahar hijacking case), and was also the key conspirator in the Indian Parliament  attack; Yusuf Azhar.

Another IC-814 hijacking accused; Shahid Latif, a JeM commander of Sialkot sector involved in sending JeM militants into India; Ghulam Nabi Khan, the deputy supreme of Hizbul Mujahideen (HM); Zaffar Hussain Bhat, the deputy chief of Hizbul Mujahideen; and D Company man Mohammad Anis Shaikh who was involved in the Bombay serial blast case, 1993, and was responsible for the supply of arms, ammunition and hand grenades.

“These individuals are involved in various acts of militantcy from across the border and have been relentless in their nefarious efforts of destabilising the country,” the MHA said.