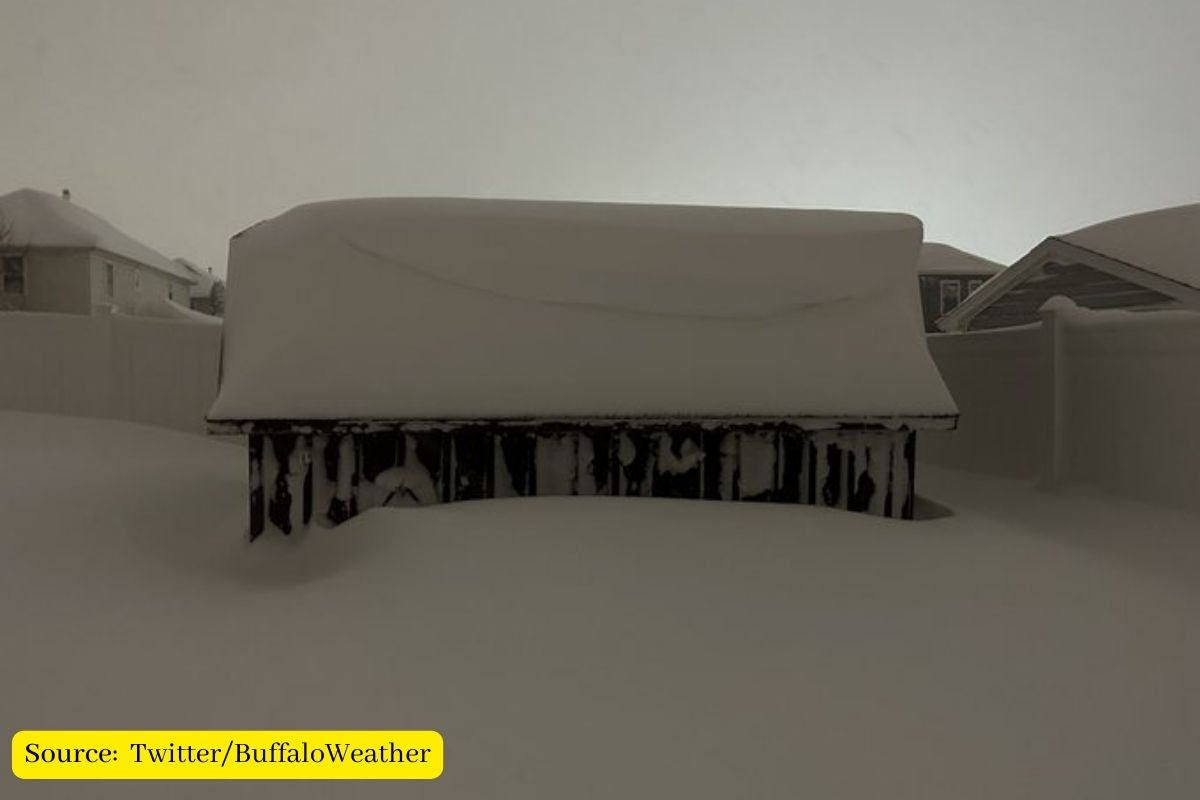 While the icy storm that has frozen the country in the middle of Christmas subsides, the United States tried this Monday to recover from the havoc caused by the arctic front that has taken the lives of more than 50 people, half in the Buffalo area, in the New York State.

The storm is responsible for at least 59 deaths across the country. Rescue and recovery efforts continue. In Erie County, also in New York, Mark Poloncarz described the cold snap as “the worst” of his life and warned that there could be more deaths. Some people were trapped in their vehicles for more than two days.

Those who died due to the freezing temperatures were found in cars, houses and snowbanks, some of them died while trying to remove the snow and others due to the difficulty of emergency teams responding to calls for help.

Officials say the situation in New York is dire, particularly in Buffalo, where power is out, bodies are being found buried in cars and under snow, and rescue workers are searching each vehicle to retrieve more people, dead or alive.

The governor called the weather disaster “epic, once in a lifetime,” assuring that it is the most violent winter storm to hit Buffalo – the second largest city in the state of New York – since the terrible blizzard of 1977, which killed nearly 30 people.

Despite a road ban imposed since Friday, hundreds of Erie County motorists were stranded in their vehicles over the weekend, with National Guard troops mobilized to assist with rescues made difficult by blinding road conditions.

Buffalo, at center of all damage

According to the count of the local press, more than 59 people have died in recent days from the ravages of the storm, about half in the northeast of the state of New York, where Buffalo is located.

The toll of confirmed storm-related deaths climbed to 27 in Buffalo and the rest of Erie County on Monday, from 13 the night before. The bodies were found in vehicles, in houses and on the street.

It had been decades since this city, bordering Canada and used to cold, had not experienced such a harsh winter. It has been completely collapsed by snow and its airport, which provides coverage to the famous Niagara Falls, remains closed.

Hundreds of officials from the National Guard, the Police and the fire department are deployed in the area. The situation is such that New York Governor Kathy Hochul asked the federal administration to declare the northwest of the state a catastrophic area.

The Buffalo Police Department posted an online plea for help to the public, asking those who “have a snowmobile and are willing to help” to call a hotline for instructions.

Although most of the county’s utility customers had power restored, as of Sunday night about 15,000 homes were still without power, according to Poloncarz.

He also claimed that a power substation was taken out of service and sealed under an 18-foot-tall mound of snow, and utility crews found the entire facility frozen inside.

The cold front also knocked out power in communities from Maine to Seattle. The power operator had asked its 65 million customers to conserve power amid freezing conditions on Saturday.

Climate change, one of Elliot’s causes

According to the scientists, the global climate emergency could have contributed to the intensity of the storm, since for Mark Serreze, director of the National Ice and Snow Data Center at the University of Colorado, the atmosphere can carry more water vapour than It acts like Gasoline. “Hard to say, but are the dice a bit loaded now? Of course,” Serreze concluded.

Despite the current gloomy outlook, Ashton Robinson Cook, a meteorologist with the National Weather Service, is hoping for some relief this week as temperatures are forecast to rise. Cook said the strong storm that developed near the Great Lakes, bringing blizzard conditions, including strong winds and snow, has weakened.

Due to the storm, many grocery stores closed their doors and circulation was prohibited, so some people asked for donations of food and diapers through social networks. New York Governor Kathy Hochul said, “This blizzard is one to remember. It certainly is the blizzard of the century.”

New York City experienced a minimum temperature of 10.5 °C below zero on Christmas Day, something not seen since 1872. Washington, the US capital, was at 10 °C below zero, the coldest Christmas since 1983, and Thermometers in Tampa, Florida, dropped below zero degrees, something that had not happened since 1966.

According to Cathy Hoechl, ‘areas of western New York have been covered in 30 to 40 inches of snow overnight.’ After several feet of snow, another 14 inches fell on Monday, leaving cities buried in snow, according to the US National Weather Service.