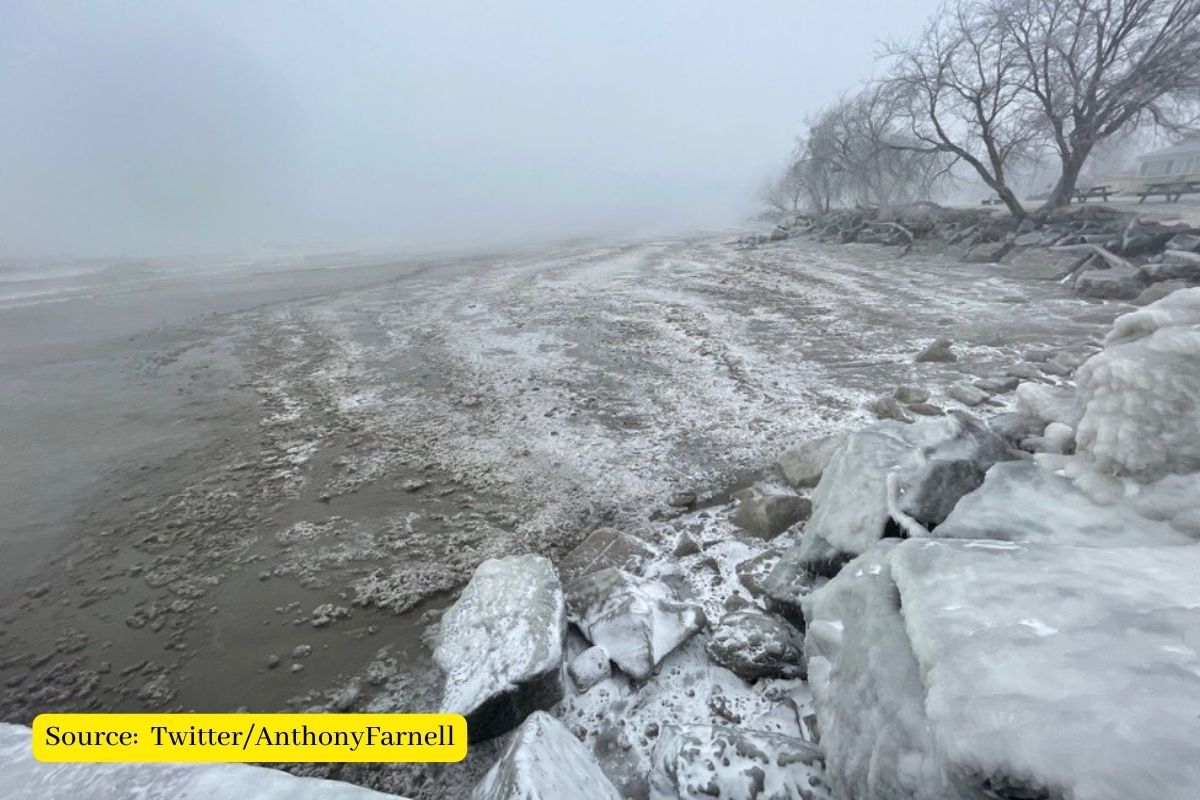 More than two-thirds of the U.S. population is under an extreme weather alert today as a severe frost engulfs much of the country ahead of the holiday weekend. Forecasters said the blizzard over the Midwest had become a “bomb cyclone” over Lake Erie today, heading east, and is expected to dump snow from the northern Plains and Great Lakes region to the upper Mississippi Valley and western New York State.

The depth of lakes also plays a role in how quickly ice forms, which affects when lake-effect snow is possible. “Comparatively, Lake Erie is so shallow that ice can form quickly when temperatures are low enough,” says the GLISA website.

Lake Erie rarely freezes completely, but it has happened this coldest winters and an 80 per cent coverage average makes Lake by far the coldest of the Great Lakes during most winters.

According to NOAA’s Great Lakes Environmental Research Laboratory (GLERL), Erie has an average depth of just 62 feet compared to 283 for neighbouring Lake Ontario.

Lake Superior dwarfs them all with an average depth of 489 feet, with its deepest point at a depth of 1,333 feet. more than 200 fathoms). In terms of size, Superior is by far the largest lake, at more than four times the area of Lake Erie.

Also Read:  1 out of every 179 Americans will be killed if crime rate continues

Strong winds are causing “surges” on Lake Erie, pushing water across the lake to beaches and the upper Niagara River. Areas along the shores of Lake and the Niagara River in Niagara, Erie and Chautauqua counties are under a lakefront flood warning from Friday 7 a.m. to 7 p.m. Saturday.

Most of the falling snow is gone, except for locations south and east of Lake, where cities including Cleveland and Rochester, New York will continue to see lake-effect snow through the weekend.

The storm whipped up heavy surf that caused flooding in some areas along the lake.