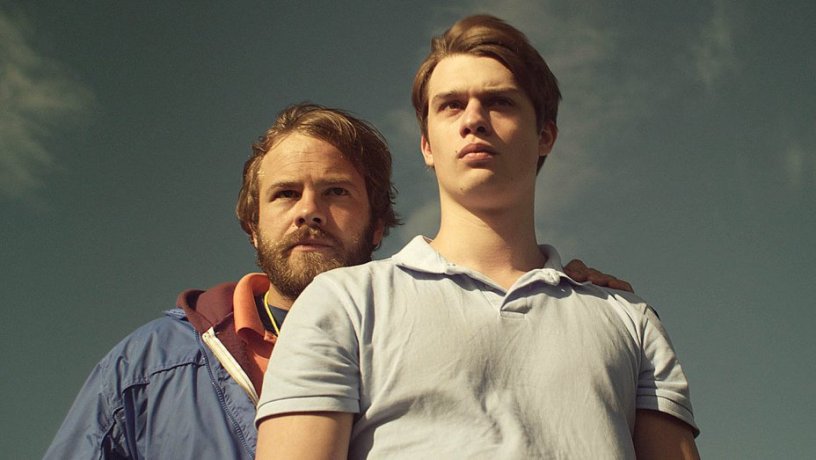 So many Lesbian, Gay, Bisexual and Queer interest movies streaming on OTT platforms. Netflix, Amazon prime, Hulu, Dekkoo are platforms where you can watch Best LGBTQ Movies in easy subscription. But one question that come to mind is what are the best movies to watch from the huge catalog available online.

So here we are sorting out list for you. These are the best Gay themed movies to watch in 2020 according to IMDB and Online ratings.

Best LGBTQ Movies to watch in 2020

The Strong Ones is a story of love and courage, at the end of the world, between two men in search of freedom.
Story: Lucas travels to visit his sister to a remote town in southern Chile. In front of the ocean and the fog, he meets Antonio, a boatswain in a local fishing boat. When an intense romance grows between them, their strength, their independence and their adulthood become immovable in front of the tide.

Mo, a practicing Muslim living in West Hollywood, is learning to navigate life post heartbreak. Enter Kal, an All-American guy who surprises Mo by offering to break fast with him during the holy month of Ramadan. As they learn more about each other, they fall in love over what they have in common and what they don’t.

Story: Mo, a practicing Muslim living in West Hollywood, is learning to navigate life post heartbreak. Enter Kal, an All-American guy who surprises Mo by offering to break fast with him during the holy month of Ramadan.

Second-generation Irani-German Parvis works at a refugee shelter where he meets brother and sister Irani refugees and develops a tenuous romance with Amon as his friends attempt refugee status.

Story: A confidently out German-born Iranian falls for an Iranian immigrant in a refugee center in Faraz Shariat’s vibrant, lively, lovely debut.

End of the Century

Two men meet in Barcelona and after spending a day together they realize that they have already met twenty years ago.
Story: Juan Barberini plays Ocho, an Argentinian man in Barcelona on holiday on his own. After checking into his Airbnb, he wanders around town, goes down to the beach and notices an attractive man, Javi (Ramon Pujol). Later, while looking out from his balcony in the evening, he notices this same man strolling on the pavement below and impulsively calls out to him to come and have a drink. They hook up, and Ocho finds he has a real connection with Javi.

The road to achieving a happy ending is a little too rough for two guys Kartik and Aman. While Aman’s family tries hard to battle his love for Kartik, Kartik isn’t prepared to step back until he marries Aman.

Story: Salesmen Aman Tripathi (Jitendra Kumar) and Kartik Singh (Ayushmann Khurranna) find love in the capital city of Delhi, where they live in oblivion and their relationship grows and blossoms without being frowned upon. However, problems start to crop up when the two decide to go back to Allahabad and convince Aman’s orthodox parents for their approval.

So These are the Best LGBTQ Movies to watch in 2020 according to IMDB and Online ratings.