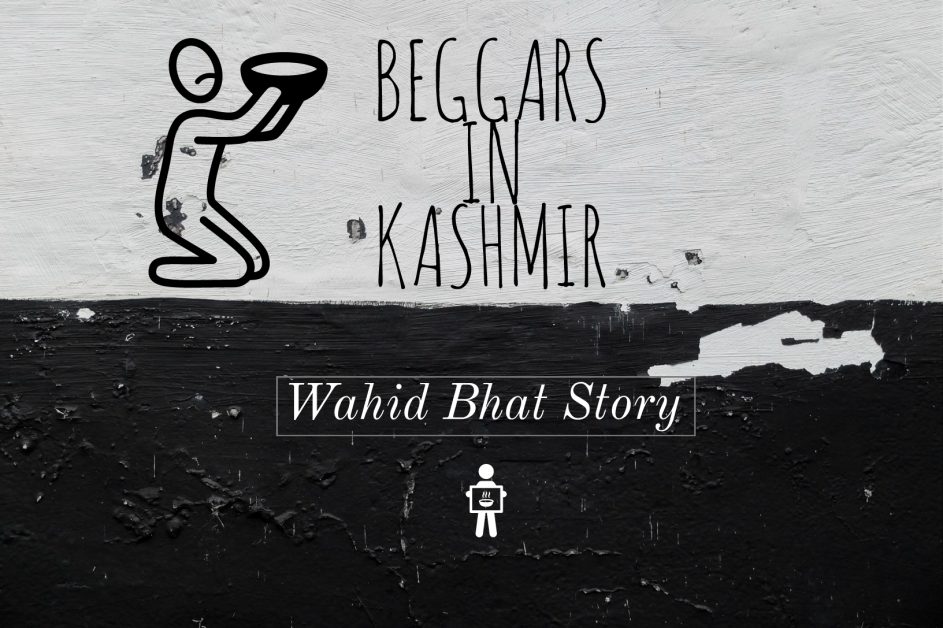 Kashmir Beggars, Scam: Dog menace apart, people in the city are facing yet another nuisance in the form of beggars who have taken positions at various important points in the Kashmir valley. Every now and then as your car stops at the traffic signal, a hand knocks on the window asking for money. You are in a problem, should you give them a few rupees or should you not encourage beggary in Kashmir?

Last year the Jammu and Kashmir government has banned begging at public and religious places in Srinagar and directed police to arrest the offenders. Though, these beggars don’t bite, but they unleash equal amount of fear by chasing the pedestrians to fetch money. This has not only annoyed the people but is also giving hard time to tourists with sources saying that trucks filled with beggars are reportedly being unloaded at various key points of the city.

“A truck with non-local beggars was seen near Shakti Sweets, Regal chowk on last Friday evening. We don’t know where the truck later dropped these beggars but it is for sure,” a local shopkeeper said.

These beggars are frequently seen on the busy city streets and do not leave any passerby without fetching money from him or her. “They will chase you if you don’t pay them anything,” the locals said.

“Why this place is being filled with beggars. Most of them are those who cannot even walk. I think it is big business nexus and government should take serious note of the problem,” said Muhammad Ashraf, a local shopkeeper.

What is reason behind beggars?

Homelessness leads to beggary: There are approximately 78 million homeless people in India, with over 11 million children. Often people come to metro cities in search of work but end up without a job, a home and often – penniless. That is what gives birth to beggars and illegal slums.

Beggars in India is a reality

There is more to begging and beggars in India than meets the eye. Poverty is a sad reality about the country. It is a conundrum that is deep rooted and in spite of the efforts made by the Government and the Non Government Organisations (NGOs), it will take considerable time to phase out. The beggars are just one of the by-products of this mess.

Now there may be some who are genuine and forced to beg out of compulsion. But more often than not there are well organized gangs who run begging rackets. Yes unbelievable but true there are big syndicates whose sole source of income is begging. For them begging is the easy way to earn money and they do it by playing on the sympathy of the unsuspecting tourist or passerby.

Sometimes it will be children, some with a visible deformity, even amputated hands and legs or a burnt body part on display; ladies pretending to be mothers carrying their apparently sick babies in lap, who are more often than not rented; aged women and men. Yes these sights are appalling and quite moving but it is very important to react carefully when dealing with them.

Still if your heart wants to help them, only give 10-20 rupees or buy them some food at a time and that too while you are leaving the place to prevent being mobbed. Being generous is good but often in today’s world it is one’s kindness that is taken advantage of.

Why are so many people begging? Aren’t there any organizations to help them? Sadly, there is more than meets the eye when it comes to begging in India.

In general, beggars can be categorized into two types. Those who have no choice and are forced to do it, and those who have mastered the art of begging and make a substantial amount of money from it.

While poverty is real, begging is quite often carried out in organized gangs. For the privilege of begging in a certain territory, each beggar hands over their takings to the gang’s ringleader, who keeps a significant share of it. Beggars have also been known to deliberately maim and disfigure themselves to get more money.

The whereabouts of more than 10,000 of them remain unknown. What’s more, it’s estimated that 300,000 children across India are drugged, beaten and made to beg every day. It’s a multi-million dollar industry that’s controlled by human trafficking cartels. Police do little to address the problem because they often assume that the children are with family members or other people who know them.

In Kashmir in particular, visitors are often approached by a child or woman wanting some powdered milk to feed a baby. They will assist you to a nearby stall or shop that conveniently happens to sell tins or boxes of such “milk”. However, the milk will be expensively priced and if you hand over the money for it, the shopkeeper and the beggar will simply split the proceeds between them.

Beggars also rent babies from their mothers each day, to give their begging more credibility. They carry these babies (who are sedated and hang limply in their arms) and claim they have no money to feed them.

How to deal with begging

Beggars come in all shapes and sizes in Kashmir, and they have many different methods of pulling at your heartstrings in an attempt to get money.

Visitors to Kashmir should give some advance thought as to how to react to begging. Unfortunately, too many foreigners feel that they MUST do something to help them. The beggars are also often quite persistent and won’t take no for an answer. As a result, tourists start doling out money. But should they?

You want to help these beggars? Don’t give them money Help them with food and things they require like blankets, clothes etc.

Begging is criminalized in city like Kashmir as per the Jammu & Kashmir Prevention of Beggary Act, 1960. Under this law, officials of the Social Welfare Department assisted by the police, conduct raids in picking up beggars who they then try in special courts called ‘beggar courts’.

So avoid giving money to beggars. Be Aware of what’s going on in the society instead of blindly following the crowd. This is our society, our responsibility. Help us in Building a Better Tomorrow.

Last year the Jammu and Kashmir government has banned begging at public and religious places in Srinagar and directed police to arrest the offenders.

Deputy Commissioner of Srinagar, Syed Abid Rasheed Shah that time said Srinagar being the summer capital of Jammu and Kashmir holds a great importance in the socio-economic landscape of the state and so it is contingent upon the administration to take all measures necessary to make the district more citizen friendly and prevent public nuisance at all costs.

“Begging being an offence under the Act (Jammu and Kashmir Prevention of Beggary Act I960), it is imperative that strict necessary action under law be initiated against the offenders,” it stated.

The deputy commissioner said, “It has been observed that off late there is a proliferation of beggars on the streets of Srinagar which creates massive nuisance for the general public.”

The order stated any person found soliciting alms in a public place, or in or about a mosque, temple or other place of public worship, whether or not under any pretence and entering on any private premises for the purpose of soliciting alms shall be immediately arrested under Section 4 of the Jammu and Kashmir Prevention of Beggary Act, 1960 read with Section 61 of the Code of Criminal Procedure, Svt 1989.

Those exposing or exhibiting with the object of obtaining or extorting alms, any sore, wound, injury, deformity or disease whether of human being or an animal shall also be arrested, it said.

“Also, any person found having no visible means of subsistence and wandering about or remaining in any public place or in a temple, mosque or other place of public worship in such condition or manner as makes it like that the person doing so exists by soliciting alms or allowing himself to be used as an exhibit for the purpose of soliciting alms, does not include soliciting money or fee or gift for a purpose authorized by law or authorized in the prescribed manner by the District Magistrate, shall also be arrested,” it read.

The deputy commissioner directed senior superintendents of police, Srinagar and Budgam, to implement the order in letter and spirit and report the number of such arrests on daily basis.