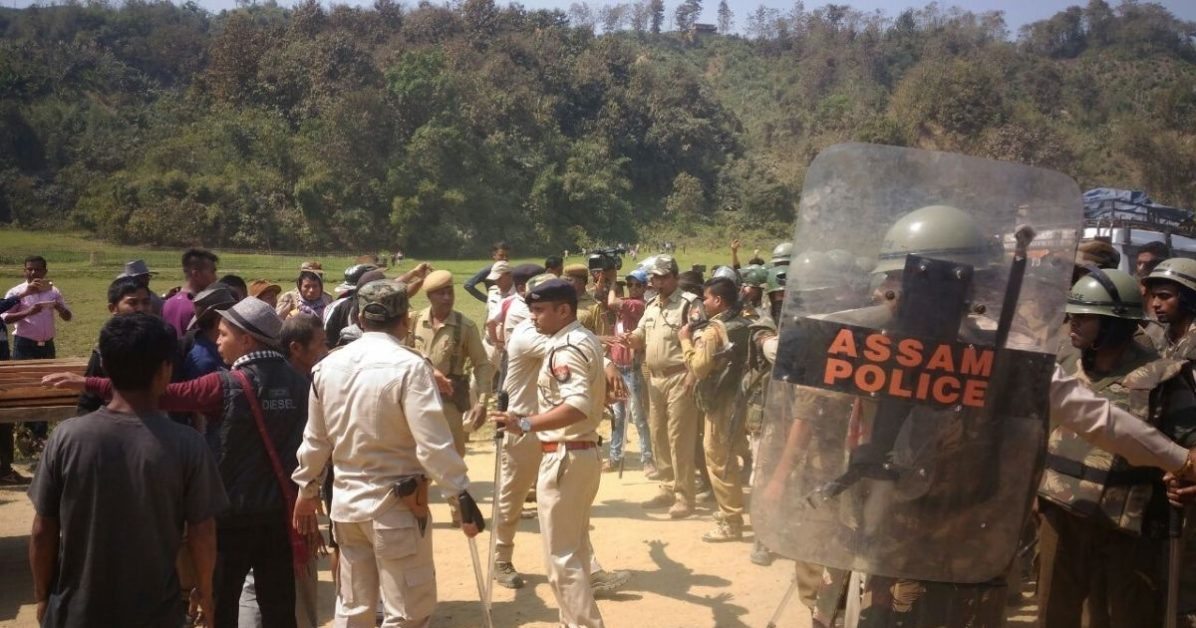 Ground Report | New Delhi: Assam-Mizoram border; Tension has increased once again on the Assam and Mizoram border, about three weeks after the violent clashes, the incident of firing happened again on the border of the two states on 17 August. The Mizoram Police has alleged that the Assam Police opened fire on three Mizo civilians, in which one was injured.

Whereas Assam claims that ‘mischievous elements’ had fired first from Mizoram’s side, in response to which the police fired. Six Assam Police personnel were killed in violent clashes that took place three weeks ago. One person is reported to have been injured in the August 17 firing.

ALSO READ: What Assam and Mizoram police fighting for?

According to the Indian Express, the latest incident took place on the border of Hailankandi in the Assam and Kolasib districts of Mizoram. Kolasib’s deputy commissioner said that three people had gone to get a ‘normal supply of meat’ from their friend living close to the border.

Officials claim that upon reaching the meeting place, the trio heard a ‘loud whistling’, which may have been sounded by their friend. However, when all three of them blew the whistle, it is claimed that the Assam Police, which was close to the border, opened fire on them in the dark.

An official from Hailankandi district says that the Assam Police was patrolling a mountain near the Mizoram border when “at 2 o’clock in the night they noticed that some people were roaming in the area”.

The officer claims that when the police officers asked to identify themselves, there was no response and suddenly shots were fired. “Assam Police also fired in retaliation. After this they disappeared, it was very dark. The next morning the police searched the area but found nothing,” the officer said.

Mizoram Police says that all three people have reached Vairengte safely, but one person has suffered an injury in his hand. The deputy commissioner of Kolasib has written a letter to his counterpart in Hailankandi requesting him to ‘look into the matter and take immediate action’.

A case has been registered in this regard at the Vairengte police station in the Kolasib district of Mizoram. The Indian Express says that the police forces of both states have gathered on the spot. An Assam official said “both sides are talking” and the situation on the border is “tense but under control”.