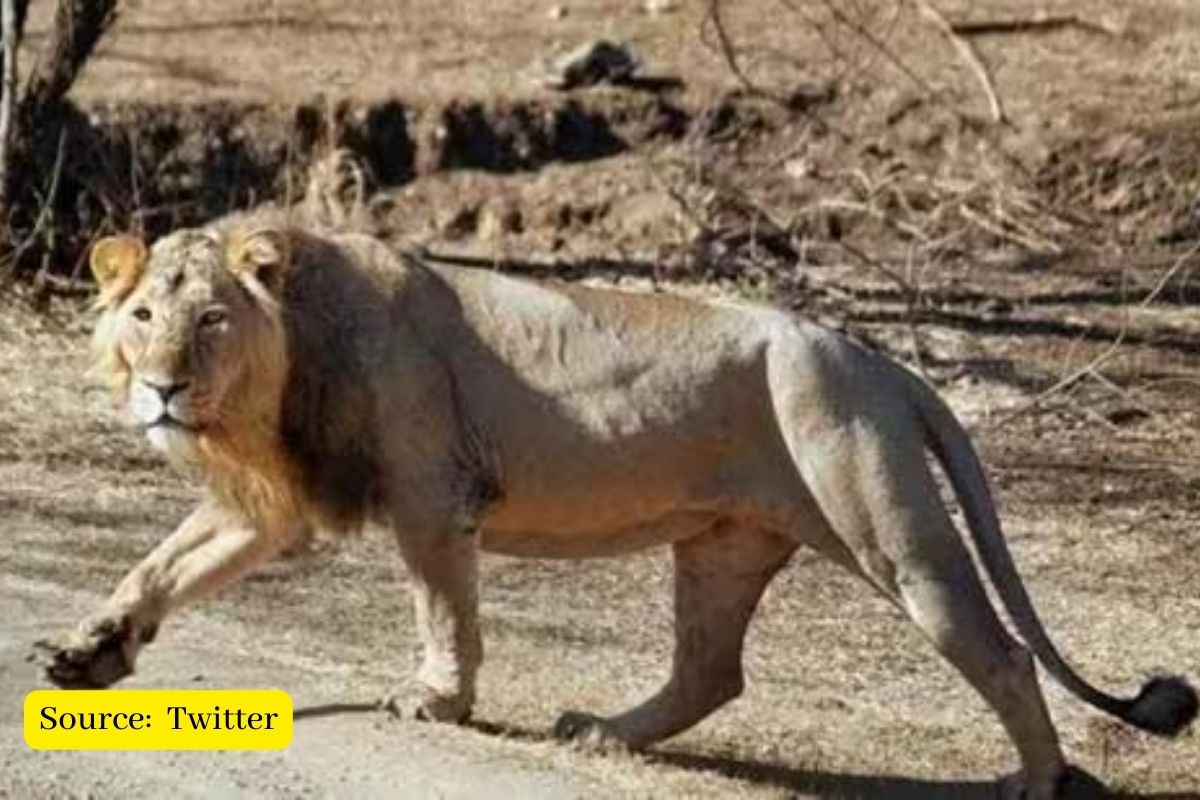 A male Asiatic lion was spotted at the Barda Wildlife Sanctuary on Wednesday. With this, Barda witnessed the return of the lions after 143 years, according to reports.

State Minister for Forests, Environment and Climate Change Mulubhai Bera said this is an “important development as the forestry department had been preparing Barda as a potential lion habitat for a long time.”

“This is an important development as the forestry department had been preparing Barda as a potential habitat for lions for a long time. A spotted deer breeding center is operating there and now, there is a sufficient prey base for the lions in that forest.”

The last presence of the lion in Barda was recorded in 1879, reported Parimal Nathwani, a Rajya Sabha member who is an enthusiast of Gir lions and also a member of the Gir National Park and Sanctuary Advisory Committee.

Nathwani reported that a male lion of around three and a half years of age entered the Barda Sanctuary on January 18. The lion was sighted at Mota Jungle Beat of Ranavav Round in Ranavav Range of Porbandar Wildlife division.

To monitor Lion’s movement, the Forest Department radioed it on Oct. 29, 2022, Nathwani added. It is pertinent to note that according to the document titled ‘Lion Project: Lion @47 Vision for Amrutkal’, the Barda Wildlife Sanctuary in Gujarat, has been identified and assessed by the Wildlife Institute of India as a potential site, where a population of 40 adult and subadult lions can be accommodated in the larger landscape of the Barda-Alech hills and coastal forests through natural dispersal.

Relocation of the lions

In 2013, the Supreme Court ordered the relocation of the lions to Kuno-Palpur in Madhya Pradesh to give the endangered species a second home.

However, no big cats have been transferred to that state as the Gujarat government has insisted that some studies suggested by the International Union for Conservation of Nature (IUCN) be conducted in Kuno first.