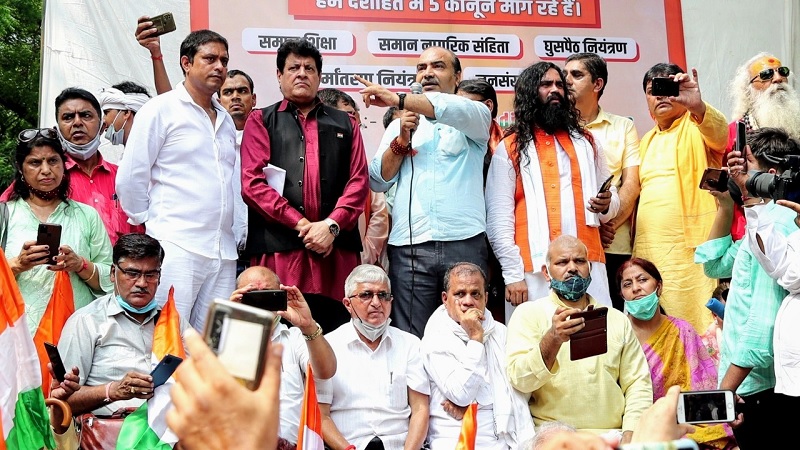 Supreme Court lawyer and former Delhi Pradesh BJP spokesperson Ashwini Upadhyay had called a meeting at Jantar Mantar on Sunday to protest the colonial laws, in which more than 100 people attended.

Later, a video went viral on social media regarding this rally in which people were raising objectionable slogans and threatening to harm Muslims. There was a lot of uproars after the video of this incident went viral, after which the police made arrests.

ALSO READ: Who is Ashwini Upadhyay, why people demanding UAPA against him?

Ashwini Upadhyay reached Connaught Place police station in Delhi at around 3 pm. He says that he will keep the truth in front of the police. The police are also conducting raids to arrest the accused identified in the case.

Delhi Police issued a statement saying, “Ashwini Upadhyay and others involved in the incident will be arrested. Delhi Police is handling the matter as per law and any kind of communal hatred will not be tolerated.” According to Delhi Police, this event was not allowed. The nature of the slogans seen in the video has drawn outrage from various sections, including political leaders.

The Minorities Commission has sought an answer from the Delhi Police on the slogans inciting violence against Muslims. The commission’s director A Dhanalakshmi has written a letter to the Delhi Police asking what action has been taken against those raising slogans so far.