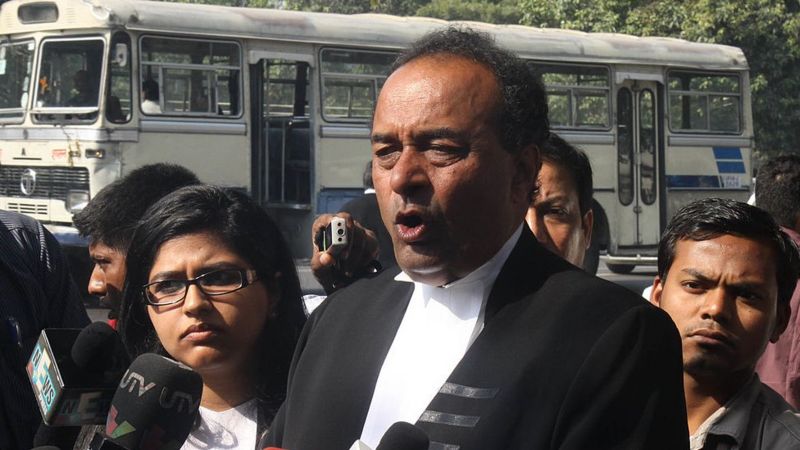 Ground Report | New Delhi: Aryan Khan’s lawyer question; The hearing on the bail plea of ​​Aryan Khan, son of Bollywood superstar Shah Rukh Khan, will continue in the Bombay High Court today. On Tuesday, senior advocate in the Modi government and Attorney General Mukul Rohatgi, appearing in the court on behalf of Aryan Khan, said that the arrest has been made in a very arbitrary manner.

Mukul Rohatgi, who was part of Aryan’s defense team, told a single bench of Justice Nitin W Sambre in the Bombay High Court that the Narcotics Control Bureau (NCB) has not received any medicine from 23-year-old Aryan. A medical examination was done, which shows that Aryan had consumed the drug.

According to the report of Indian Express, senior advocate Amit Desai was also arguing on behalf of Aryan in court. He said that the WhatsApp chat between Aryan Khan and one of his friends regarding online poker was misinterpreted and linked to drugs.

Aryan Khan is in custody since October 2. He was caught from an alleged rave party on a cruise ship the same day. On Tuesday, Aryan Khan recused himself from the charge of Maharashtra government minister Nawab Malik against NCB Mumbai zone director Sameer Wankhede in a written resolution in the High Court, reported the Indian Express.

Aryan’s defense team told the High Court that they had nothing to do with the political controversy in the entire case. Aryan Khan’s bail plea was rejected by the Special Narcotic Drugs and Psychotropic Substances Act Court last Wednesday. Subsequently, a bail petition was filed in the Bombay High Court.

no medicine was recovered

The NDPS court did not accept the argument that no medicine was recovered from Aryan. The NDPS court had said that Aryan Khan knew that his friend Arbaaz Merchant was in possession of drugs.

Mukul Rohatgi argued in the court that even if the case against Aryan is of Conscious Possession (accused knowing about banned goods), there is a provision of one year in jail. Rohatgi said in the court, “Even though these boys knowingly accept possession, yet according to the law, they should be seen as victims and not as criminals. They should be sent to correctional homes. There is no reason to deny bail in this.” Doesn’t make sense. Matter.

Mukul Rohatgi also handed over a note printed by the Ministry of Social Justice in the Indian Express to the court, which states that drug addicts should be sent to correctional homes instead of jail.

Rohatgi said that the WhatsApp chat received from Aryan Khan’s mobile has nothing to do with the rave party. He said that these chats are from the year 2018. Rohatgi said, ‘It is very important. Chat does not provide any evidence in the drug case. NCB is trying to criminalize Aryan by misinterpreting the chat.

According to a report in Indian Express, defending Aryan Khan, senior advocate Amit Desai said that in a WhatsApp chat NCB has linked to drug abuse, Aryan is talking to his friend about playing poker online. Desai said, “Arbaaz is about Arbaaz Merchant and Archit Kumar. Archit was not on the cruise and was later arrested with 2.6 grams of ganja. Aryan and Archit are friends. With Archit, Aryan used to play online poker. This is a WhatsApp chat linked to drug abuse. No conspiracy here. Here is a conversation between two friends and this is also from 18 months ago.

Desai will continue the arguments in court on Wednesday as well. NCB has filed an affidavit in the court opposing Aryan Khan’s bail. The NCB has argued that the accused is from a domineering family and can destroy evidence after getting bail.