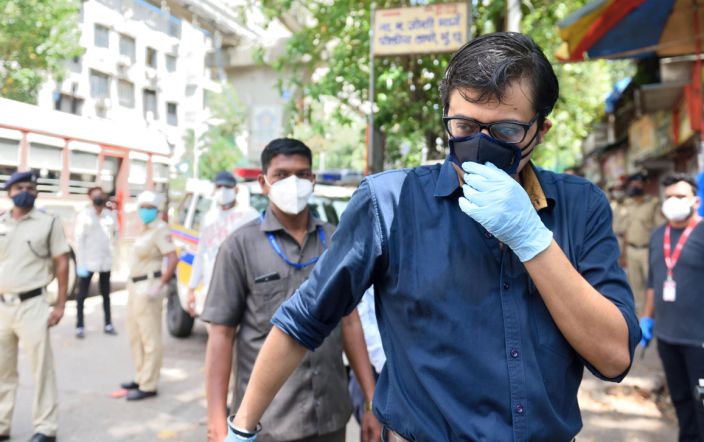 Maharashtra Police has filed a chargesheet against Arnab Goswami in the 2018 abetment to suicide. The Maharashtra Police has filed a chargesheet before a court in Alibag. In the media report, it has been told on behalf of the government lawyer that in addition to Arnab Goswami, two more people, Feroz Sheikh and Nitish Sarada, are included in the police charge sheet.

The petition said that Maharashtra Home Minister Anil Deshmukh, who ordered the CID to re-investigate the case, had no right to do so as the previous investigation by the Alibag police in Raigad district was closed last year.

Goswami, one of the accused in the case, was arrested by the Alibag police last month. He was granted bail by the Supreme Court.

The Maharashtra police filed a charge sheet of around 1,900 pages, which includes a statement of 65 witnesses. There are statements of Naik’s family members and staff members. The charge sheet also includes reports of the accused’s staff and call data records and information retrieval from electronic devices.

Goswami, in his plea, terming his arrest as illegal on November 4, requested the High Court that the investigation of the case be transferred to the CBI or any other independent agency.

It is worth mentioning that on November 4, Arnab Goswami, Feroz Sheikh and Nitish Sharda were arrested by the Alibag police in the suicide case. Then on November 11, he was granted bail. In this case, Arnab Goswami and 2 others are accused that Anvay Naik and his mother Kumud committed suicide in the year 2018 due to their instigation.

The case was closed in the year 2019 due to lack of evidence, this year it was reopened once again in the month of May 2020. After this Arnab Goswami accused the Maharashtra government that the Uddhav government was taking personal vengeance from them.